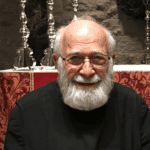 Sermon for The Restoration of Religious Life in the Anglican Communion, 1841

The leaders of the Oxford Movement in the Church of England in the 19th Century came to a general agreement that there was a need to establish Monastic communities. This was because in the four years between 1536 and 1541 over 800 monasteries and convents had been dissolved and destroyed, or given over to other uses.  This was a regrettable part of that tumultuous period of the Anglican Reformation.

Finally, on June 5, 1841, under the guidance of Dr. Edward Bouverie Pusey, a young woman, Marian Rebecca Hughes, made solemn monastic vows in St. Mary’s Church, Oxford.  That event marks the restoration of the Religious Life in the Anglican Communion.  The vows that she took that June morning were an act of love for God, who loves us.

In the following years a number of communities for women were founded.  Several unsuccessful attempts were made to establish communities for men.  Eventually our own Society of Saint John the Evangelist was successfully founded in 1866, and others soon followed.

It is of significance for us who are living the monastic life here today, and for you who come here to worship with us, because from that event which we commemorate today other communities did develop and flourish.  Many good works have developed from those communities.   These have become centers for teaching deeper understanding of the spiritual life of the whole Church.  This witness to the life of prayer continues today here and in many other parts if the world.

Will you pray with us for more vocations to the Religious life? Pray also for a deeper understanding of that life and of all that it stands for in the life of the whole Church.