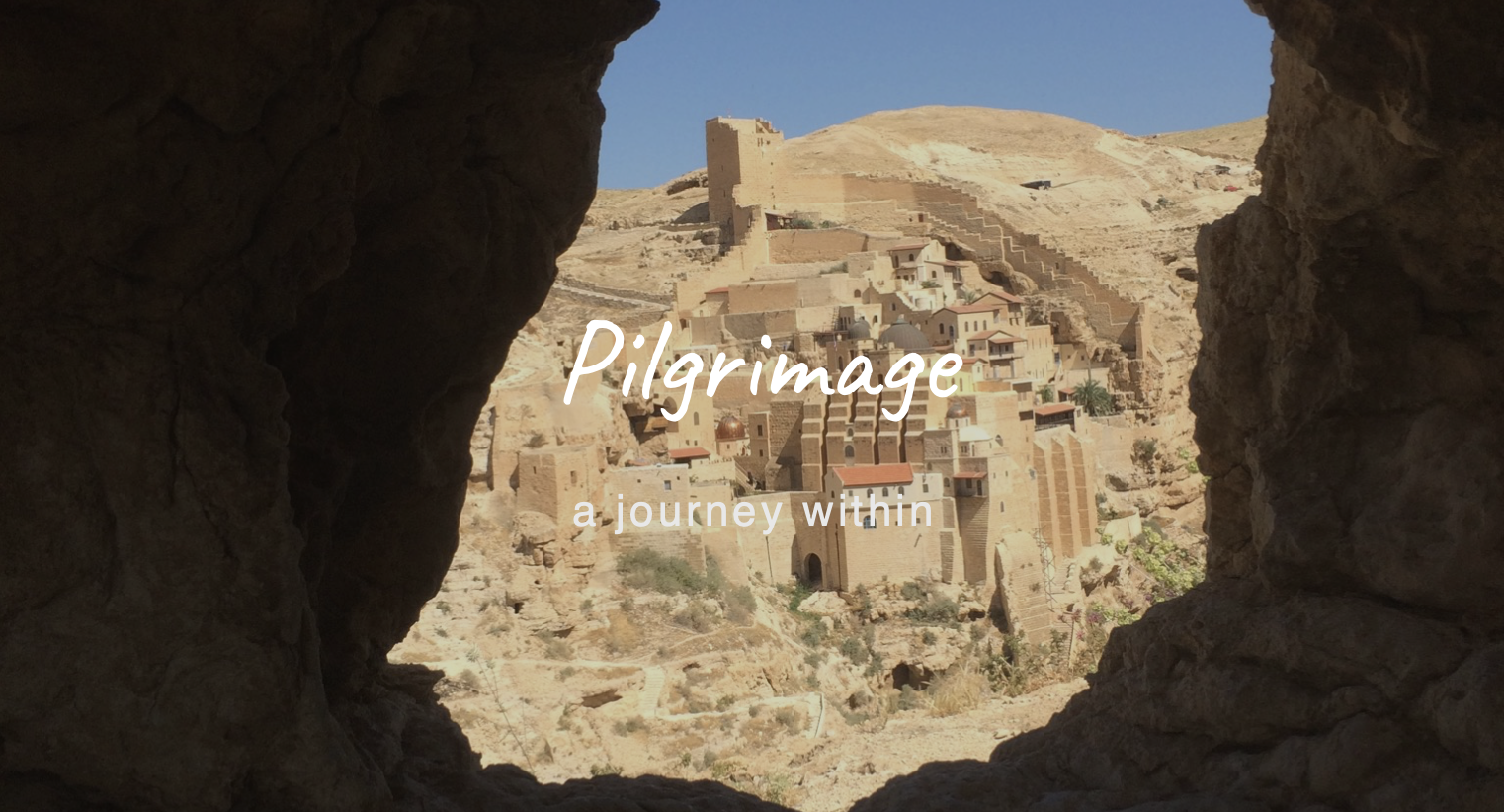 Letter from the FSJ: Amy Nizolek

Journey to the Center of the World

Spotlight on the Community Life

My best friend and I went camping in Utah a few months before I came to the Monastery as a Postulant in 2014. The trip was a pilgrimage into a landscape wonderfully strange to us as east coast natives. I use the word “pilgrimage” here in a less-than-conventional sense. Our holy destination was The Desert – both literal and physical, but also inward and spiritual. In the desert, we hoped to taste something of God’s vast, untamed power, just as Jesus did, and just as generations of saints have done from the ancient Israelites to the Desert Fathers and Mothers of Egypt. Perhaps because our eyes and ears were opened by this intention, God came to meet us everywhere we turned. Every horizon held our gaze and enlarged it, beckoning us beyond that vanishing point where endless blue sky and rippling red stone merged. As we hiked about this desert paradise, we wept or fell silent or laughed in wonder, as unself-consciously as the shooting stars or lightning that flashed in the night sky or the rainbows that shimmered in the rare desert rain. At so many moments, utterly surprised by the Creator, we could have echoed the sentiment of author Annie Dillard, writing from Virginia’s Blue Ridge Mountains: “I see something, some event that would otherwise have been utterly missed and lost; or something sees me, some enormous power brushes me with its clean wing, and I resound like a beaten bell.”

In 2017 I undertook a quite different journey, but one with some remarkable parallels. Our community embarked on a pilgrimage – in the conventional sense – to England and Scotland, to see some of the sites that have shaped the course of Anglican history and the story of our own community. We prayed our way to and from Canterbury and Oxford, Durham, Lindisfarne, and Iona, sites famed for their holiness throughout the Western Christian world. I felt drawn deeper into God’s heart through my encounters with all of these places, but the Spirit surprised me in a much humbler place: as we ascended, one behind the other, the winding staircase of our Society’s old Mission House in Oxford, to arrive at a final landing and duck through a modest door into the “Founder’s Chapel.” This is an attic room, converted into a small chapel, where the very first Brothers of the Society of St. John the Evangelist worshipped, day by day. It is entirely unremarkable in its outward personality. If I hadn’t known anything about its history, I would have found it quaint, but not much more. But because of who we are – men whose spiritual forbears laid hold of a strange and special calling here, who sang and knelt and preached and probably laughed and cried here – it was imbued with a holiness that made us weep and linger in love and gratitude for what God has done for us. With my eyes closed, I could almost see and hear those first courageous men whose hearts were set on fire and whose lives were offered to the glory of God as they listened to a man named Richard Meux Benson proclaim what God had done for him, and what God would do for them, if they only let him.

Now, I mention these two experiences because each place – the soul-enlarging terrain of Utah’s high desert and that soul-enfolding room at the top of the Mission House stairs – was for me a thin place. This term, originating in Celtic Christian traditions, designates a physical place where the line between Heaven and Earth is thought to be “thin”: the wall is more porous, the veil more diaphanous. It’s a term that has been in the vocabulary of contemporary spirituality for a number of years, and there is a simultaneously delightful and maddening lack of agreement about just what it means, depending on whom you ask. Questions, my own included, abound. Why should this “line” or “veil” be thinner in some places and thicker in others? After all, isn’t God present everywhere and in everything, as the One “in whom we live and move and have our being”?

Words are such fragile, brittle tools to communicate our deepest, truest, most powerful encounters with God. When the curtain is pulled back and we glimpse a flicker or flash of a reality that is both wholly other and nearer than our next breath…well, a stammer or a song or a long lull of silence will do. Word’s won’t, except as shorthand (and oh, how I love words!). The term “thin place” is a shorthand that many find helpful for pointing to a place where encounters with God are prone to happen. Such places disarm us, draw forth a deeper quality of perception from us, strip us of our expectations, and simplify or still our galloping thoughts. Deep forest or rocky ocean coastline, darkened churches flickering with candles or wayside shrines clustered with cairns are among the world’s frequently acknowledged thin places.

Alternatively, some places may leave us feeling, in the words of Gerard Manley Hopkins, “bleared with trade, seared, smeared with toil.” We feel heavier of heart; we feel less connected to God and our fellow creatures; the whispered revelations of truth or beauty are barely audible. Many people feel a heightened sense of this “thickness” in places where there is little green space, silence, or natural light (as in many urban centers) or in places where there is unceasing visual and auditory competition for our attention (as in stores, airports, or anywhere a wifi signal can be found).

And yet, we are here. And so is God. Wherever here happens to be, the possibility of reconnection with God is as close as our next breath. My experiences of thinness in Utah and Britain did unfold because I undertook those journeys with the seeking heart and open eyes of a pilgrim. But while numerous thin places can be found at the beginning, middle, and end of pilgrimage routes, going on pilgrimage to a far-flung place is not necessary for an encounter with God in the million-and-one thin places of the world. One could make an argument that the whole world – created, redeemed, sustained, and groaning for the consummation of God’s mysterious purposes – is a single thin place bequeathed to God’s children. But until we can wrap our heads and hearts around that wondrous truth, the specific, small, and particular places our wandering souls encounter as “thin” must be for us “the House of God, the gate of Heaven.” In this way, they are not unlike sacraments. Without participation in those “outward and visible signs of inward and spiritual grace,” the awesome reality we know intimately as God in Christ would be far too large to see, taste, touch, or love in a personal way.

Our own garden patch or dining-room table or the corner where our easel stands hold the redolent grace of awakened possibility that dwells in thin places. I have come to believe that the more consciously we cultivate relationship with these particular “thin places,” however humble and ordinary, the more well-equipped our praying perception becomes at noticing God’s presence in the unlikely and challenging places. The “thickness” we anticipate at the airport security checkpoint, under the humming fluorescent lighting of the hospital hallway, in the drab office cubicle, or in the lowly but well-swept tent of a refugee camp is slowly eroded to its thinness in God’s sight. Through our trust in Jesus, the thickness of the cross becomes the thin place of resurrection – while our feet are still planted on Calvary.

The ancient Celts seem to have revered many, many thin places – and Christians in Celtic lands followed suit – but this is probably because they had a predisposition to look for them. And, by the movement of God’s Holy Spirit stirring in our depths, so too do we.