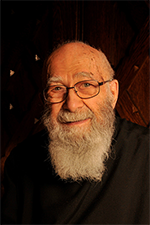 As we move from the Festal Season of Christmas into what is sometimes called Ordinary Time what ought we to think?

When I was a newly confirmed Episcopalian in 1942, I learned that the season we are about to enter can be called the Missionary Season.  An example of Mission activity is Andrew taking his brother Peter to meet Jesus.

Today’s Gospel gives us the example of Philip finding Nathanael and telling him about Jesus.  Philip first told Nathanael, “We have found him about whom Moses in the law and also the prophets wrote, Jesus son of Joseph from Nazareth.” Nathanael’s reply was not very encouraging, “can anything good come out of Nazareth?” Philip went on to say to him, “Come and see.” What happened then was very encouraging, to say the least.  Jesus showed himself a good judge of Character.  When Jesus told Nathanael he had seen him under a fig tree, there was a further revelation.

The O.T. Book of Genesis tells of Jacob’s dream of a ladder going up to heaven with the angels of God ascending and descending on it. (Gen. 28:10-17) It is very likely that Nathanael had been thinking about that story, even meditating on it when he was sitting under a fig tree.  Jesus had been able to perceive that, just before he met Nathanael.  When Jesus told Nathanael that he had seen him under the fig tree, it is no wonder that Nathanael would cry out to Jesus in astonishment, “Rabbi, you are the Son of God! You are the King of Israel.  (Jn. 1:49)

I started this sermon with the theme of both Andrew and Philip being missionaries by introducing others to Jesus.  However, this story of Nathanael points us to another kind of mission.  It introduces us to the values of meditation.  In the 12th Century, a Carthusian abbot (Guigo) created a form of meditation called “A Ladder for Monks”.  This consisted of four “steps”: Reading, Meditation, Prayer, and Contemplation.

Does this story of Nathanael inspire you to use prayer and meditation as a way to know Jesus?