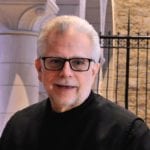 Two interrelated organic concepts emerged from the community’s year of “Renewing Our Foundations”: generational shift and lifelong formation. These topics attracted my interest early on in our discussions as it dawned on me that I am now, after 36 years in the SSJE, both part of the longtime and older generations of the Society! Now in the midst of the disease, death, loss, grief, economic uncertainty, and vulnerability of so many brought on by the Covid-19 pandemic, I find that the future orientation of these concepts sets in relief hope for what is to follow the present crisis and for the building of a new world for all generations – both present and yet to be.

When I arrived at 980 Memorial Drive in January of 1984, the community had only just adopted a form of term limit for its elected Superior: three consecutive terms of three years each. This was an important first step in a conscious process of raising up new leaders for the community’s future. Years later, the newly written Rule of Life of the Society reaffirmed the Superior’s role of strong pastoral oversight and included a directive for the Superior to delegate authority as appropriate for various roles in our life and ministry. Subsequently, new structures were put in place for the implementation of shared community decisions by brethren with experience and/or expertise in given delegated areas of our mission. No longer would a Superior be forced to continue in office beyond his years of vigor or to the detriment of his ongoing vocational formation in Christ, while newer members would have opportunity to develop skills and energies for the community’s future direction and growth.

With the relaxing of frozen roles in our brotherhood, possibilities for lifelong formation in his religious vocation opened up for every Brother. Ongoing study, sabbatical time, the deepening of one’s individual life of prayer and pastoral acumen became not only possible but were to be desired and encouraged regardless of a Brother’s age or length of time as a member. The relinquishing of former duties or responsibilities, as well, could become occasions for the difficult, yet necessary and ultimately fruitful re-birth of vocational commitment.

Such actions intended for the developmental integrity of community life cannot, however, be a one-time thing. Our brotherhood – as a particular manifestation of the body of Christ – is not static but continuously adapting, renewing, and affirming the charism given our predecessors. The incorporation of new men testing vocation to community life; the physical, psychological, and spiritual changes accompanying aging and maturation; and the unpredictability of life expectancy or vocational perseverance combine to create a rich, complex, and dynamic matrix with potential for meeting the needs of and participating in a new Church, emerging in a new world.

That we at this time have the opportunity – and responsibility – to revisit and refresh our attentiveness to generational shift and lifelong formation is a tremendous gift for our community’s unfolding mission in the Church and the world. We Brothers are thankful to God for this grace made possible by our friends and supporters.

Posted in 2020 Summer, Cowley Magazine
← A Spiritual CommunionLooking Back to Look Forward →