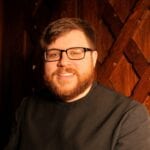 Praying is hard. One of the reasons I came to a monastery was the sobering recognition of my own weakness. I wanted to pray, yet I found it exceedingly difficult to do so without the support of a community. It seems to me that all monks are marked by this weakness; even the early desert hermits rejected the idea that they were particularly holy, on account of the fact that they needed to venture into the emptiness of the desert in order not to be distracted. The real holy ones were those who could pray even amidst the din and cacophony of the city.

Throughout the pandemic, I have been lucky to be able to continue praying in community with my Brothers. It is perhaps difficult for me, then, to fully wrap my head around how much people may be struggling to pray in this time of isolation. And yet, I also know what it’s like to struggle in prayer: alone, before I came into community; and even now, in community, in light of the current circumstances. At this time, when so many Christians have found themselves in unchosen isolation, it’s helpful to delve into the Church’s theological understanding of what it means to pray alone, especially by venturing outside our own time and place to understand very different perspectives from our own. I’ve found this theology personally helpful, for two reasons.

First, thinkers from previous eras of the Church did not have nearly the sense of power and control that modern Westerners often feel, in the midst of wealth, medicine, and industry. War, sickness, and general instability marked much of pre-modern human life. It marks much of modern life, too, but we who have access to wealth can usually insulate ourselves from all that. Usually. This past year has been determined to show us our own human weakness, it seems, and turning to those more experienced than us in these matters can help us to navigate through this rough part of our collective journey. People have walked this way before, and come out safely on the other side; some of them even left maps for us. We can use these to find the way.

And second, I find diving into theology and doctrine a very illuminating process, and a good counter-balance to work that is more focused on the practice of devotion. As C.S. Lewis wrote, “For my own part I tend to find the doctrinal books often more helpful in devotion than the devotional books … I believe that many who find that ‘nothing happens’ when they sit down, or kneel down, to a book of devotion, would find that the heart sings unbidden while they are working their way through a tough bit of theology with a pipe in their teeth and a pencil in their hand.” This is not to say that intellectual musing can replace prayer; thinking about God can be its own idol. Rather, I find that diving into the intellectual life and history of the Church can prime me to be desirous of God, to finally “get it” and bound into prayer with new understanding.

Two saints stand out to me in particular: Aphrahat, a Syriac “proto-monk” writing in the 4th century, and Peter Damian, an Italian Benedictine of the 11th century. I find helpful the fact that these figures are not only people of a different time and place, but also lived, wrote, and prayed in very different contexts from one another. They have different emphases and concerns, which means their approaches offer us greater perspectives of what it might look like to pray in solitude, and what that means.

Aphrahat was a Christian celibate ascetic who lived in the Sasanian Empire, in what is now northern Iraq. His writings earned him the moniker, “The Persian Sage.” He wrote a series of homilies, called his Demonstrations, on Christian life, belief, and morality. His fourth demonstration is about prayer, and he particularly focuses on the inner, solitary aspect of prayer. Taking as his guide Christ’s instruction to “go into your room and shut the door and pray to your Father who is in secret,” he argues that the inward experience of the individual is fundamental to prayer.

Aphrahat then speaks of another of Christ’s sayings: “Where two or three are gathered in my name, I am among them.” He references this to bring up what was, presumably, a pastoral issue the Christians of his own community were grappling with. It seems there was a real fear that prayer alone would fall on deaf ears because Jesus instructs his followers to gather together. Aphrahat sought to reconcile what might be read as contradictory teachings of Jesus: prayer is about an individual, inward experience, but Christ is present through the gathering of multiple people together.

Not long after this treatise was written, serious persecutions of Christians in the Persian Empire would begin, making this far more than a theoretical issue, as gathering together for prayer became a dangerous, potentially even life-threatening activity. In the face of this reality, and in response to his community’s concern about the efficacy of solitary prayer, Aphrahat points out several Old Testament examples of people praying by themselves and encountering God, and adds that even Jesus went alone to pray. He writes that, when we “sweep clean” our hearts, ordering not only our external actions but also our inner lives toward God, we create within ourselves a dwelling-place for Christ. As Christ abides in us, we abide in him, just as Christ abides in the Father and the Father abides in him. These, Aphrahat says, are the “two or three” who are gathered, in which Christ is present.

He follows this by appealing to Isaiah, whose prophecy speaks of the rest that God offers, and that we are to offer others. Aphrahat says that offering others this rest, this mercy, comfort, and aid, is fundamental to prayer. He teaches that, just as it is our duty to pray and so we should not neglect prayer, so too is it our duty to offer others this godly rest, and so we should not use prayer as an excuse not to help others. He says that, if helping others hinders us from our normal prayers, this help will itself be looked upon by God as prayer.

Aphrahat’s perspective is vertical. It is the praying person, alone, who connects to God. Solitude is seen as a benefit, if it more clearly calls someone to holiness, repentance, and singleness of heart. Within the heart of the individual, we get an expression of the Trinity, of community and oneness bound up together. Just as this solitude can call us to ordering our inner lives, it can, as Aphrahat indicates, make us more keenly aware of the suffering of others, and how we can help them. The solitude acts to clarify our offering, whether it is expressed in private prayer or in works of mercy.

While Aphrahat’s emphasis is vertical, Peter Damian’s is more horizontal, emphasizing the relationship of the individual Christian to the whole of the Church. Peter Damian was a monk, theologian, and reformer; originally just “Peter,” he was orphaned and taken in by his adult brother, Damianus, and so Peter added his brother’s name to his own. He wrote many works, but the relevant one for us is a short treatise called Liber Dominus Vobiscum, or literally, “The Book of ‘The Lord be with you.’” In it, he reflects on the issue of hermits praying their daily prayers, and whether or not they should use plural language, including parts of the prayers that call for responses, such as “The Lord be with you.” Peter Damian concludes that it is perfectly appropriate for individuals to use this plural language.

He argues this because of his understanding of the Church. Just as the Church is many members brought together as one, so too is its oneness present in each individual member. The sacrament of baptism births each person as a member of this Church, and so it is by virtue of our baptism that the Church is expressed, in its fullness, in each of us. Just as there are “varieties of gifts, but the same Spirit,” so too is the diversity of each individual Christian a participation in the oneness of the Church, the Body of Christ, and so the whole Body is present even in just one of its members.

Peter Damian goes on to argue that the structure of the Apostles’ Creed, in which we profess belief in the Holy Spirit, the holy catholic Church, and the communion of saints – all grouped together in consecutive lines – was a deliberate statement from the early Church that this oneness is fundamental to Christian belief, and ought to be recalled regularly by the faithful in their prayers. As such, he concludes, people praying individually should feel free to use plural language, and further, people praying in a group should feel free to use singular language. Peter Damian’s point is that the singularity of Christianity – one God, one faith, one Church, one baptism, one everlasting life – does not do away with distinction and individuality, but enfolds it and holds it in reciprocal relationship, with the whole reflecting the individual and the individual reflecting the whole. Aphrahat sees the individual gathered together with God, and sees, in the relationship of the Father and the Son, God as a gathered being, whose gathering we can enter through prayer, which is the invitation of this gathered God into one’s heart. Meanwhile, Peter Damian sees the individual as a reflection of the Church gathered together, the wide expanse of the Church concentrated into a single heart and mind and voice, through the indissoluble oneness of the faith.

These two teachers, separated by hundreds of years and miles, give us different but complementary tools to understand what it means to pray when we’re alone. The first emphasizes the praying person’s relationship to God. The second emphasizes the praying person’s relationship to the Church. Both serve as reminders that, though our solitude can be a real experience of weakness, God’s power is made perfect in weakness. It is difficult, but we don’t need to be afraid of loneliness and isolation. We can pray alone, together.

Posted in 2021 Winter, Cowley Magazine
← Letter from the FSJ – Scott ChristianDining at the Table of the Lord →