Slow & Steady: A Novice’s View of Power and Authority

Authority in the Kingdom of God

Bound Together in Christ’s Loving Authority 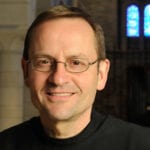 Of course, other people are not going to “go away”! But there has been, throughout history, this continual assumption, at least in politics, that if you gain enough power, you can effectively make these other people whom you dislike or fear, disappear, through systematically disempowering them, disenfranchising them, or at the most extreme, ethnically cleansing them. For the Christian, all such attempts to make other people “go away,” are essentially sinful and a gross abuse of power. For the Christian, every single person is a beloved child of God “fearfully and wonderfully made” (Psalm 139:14). For the Christian, power and authority are given to us by God in trust, for the building of God’s Kingdom on earth. In God’s Kingdom everyone is important, because our faith teaches us to see the face of Jesus in the face of every person, however unlike me they are. “Truly I tell you, just as you did it to one of the least of these who are members of my family, you did it to me” (Matthew 25:40).

Six and a half years ago, my beloved Brother and bishop Tom Shaw SSJE died. I miss his wisdom and his humor. He was a complex man, but what I most admired about him was how he used the power and authority given him as a bishop for the building of God’s Kingdom of justice and truth, where every person is beloved of God. I would say that all Tom’s passion for justice had its source in this vision. He saw that every single individual had been wonderfully created in the image of God. And anything which stopped them becoming more fully the person God made them to be, from reaching their full glory, was not just unjust but sinful. He saw it as sinful to have even one beautiful life stunted or blighted or wiped out because of that person’s race, gender, sexual orientation, class, vulnerability, or disability. That is the kind of society Tom tried to build. It is the kind of society famously expressed by Gandhi: “The true measure of any society can be found in how it treats its most vulnerable members.”

“A great deal of our politics, our ecclesiastical life, often our personal life as well, is dominated by the assumption that everything would be all right if only some people would go away.” But it is not just the political and ecclesiastical who are challenged by those people who won’t go away. Each one of us lives in various circles of society, whether they be our family, our community, or our place of work, and I bet that each one of us can think of at least one person who annoys or irritates us, and whom we sometimes wish would just simply go away! If we are trying to follow Jesus Christ, our challenge is to use the power that we have been given to build up community and not break it down, to learn how to live with the other rather than trying to exclude them and wishing they would just disappear.

In the New Testament, the letters of Saint Paul witness to the struggles he faced as a church leader trying to build up Christian communities that were so often filled with angry quarreling, rivalry, and division. Paul constantly used his authority as an apostle to try to bring healing and reconciliation to communities where two parties were fighting each other. Division and quarreling were not the way of Christ, and Paul’s struggle to heal and to mend relationships caused him huge stress and sadness, but also often resulted in some of the most beautifully irenic words in all of Scripture. I love to read slowly and prayerfully these lovely words written to the divided church in Colossae: “As God’s chosen ones, holy and beloved, clothe yourselves with compassion, kindness, humility, meekness, and patience. Bear with one another and, if anyone has a complaint against you, forgive each other; just as the Lord has forgiven you, so you also must forgive. Above all, clothe yourselves with love, which binds everything together in perfect harmony. And let the peace of Christ rule in your hearts, to which indeed you were called in the one body. And be thankful” (Colossians 3:12-15).

As we Brothers strive to live together in religious community we look for guidance not just to Scripture but also to Saint Benedict. As the father of Western Monasticism and patron saint of Europe, Benedict speaks with great authority in his famous Rule as to how Christian communities can live together in love. His wisdom is not just for monks and nuns, but for all who seek to live in faithfulness to one another. Rowan Williams, in his splendid book The Way of Benedict distills the wisdom of the Rule of Saint Benedict in a remarkable way, applying it to all who seek to live in harmony and respect with others. His insights apply especially to those whom we dislike and might prefer not to have around us. Right at the heart of the Rule is the uncomfortable truth that the one I find difficult, the one whose “unyielding difference” irritates and annoys me, may actually be a gift of God, for my conversion – they are the one who will ultimately be my best teacher. (Of course, Benedict is also clear that certain kinds of behavior are unacceptable, and that the offender, if unrepentant, would ultimately be asked to leave the community. None of us should tolerate the one who threatens or oppresses us.) But the Benedictine understanding of holiness is bound up with a habitual acceptance of the otherness of even those who have made the same commitments as us. So instead of imagining that everything in our life would be all right if only Brother X would go away, we are challenged by Benedict to see in the one who irritates or angers us by their difference, an agent of our ongoing transformation in Christ.

Saint Paul and Saint Benedict used their considerable authority to build up Christian community and to shape adult persons in the likeness of Christ. Their model of course was Christ himself. Christ knew that the Father had given everything into his hands, had endowed him with extraordinary power. But how he chose to express that authority was by kneeling down to wash his disciples’ feet. This is the model which Jesus gives us. In Philippians, Saint Paul writes, “Let the same mind be in you that was in Christ Jesus, who though he was in the form of God … emptied himself, taking the form of a slave, being born in human likeness. And being found in human form, humbled himself and became obedient to the point of death, even death upon the cross” (2:7-8). Paul then urges his readers, “Do nothing then from selfish ambition or conceit, but in humility regard others as better than yourselves” (2:3). What a challenge, to regard others as “better than ourselves!” Rather than wishing that those who are not like us would go away, the Gospel challenges us that we should instead honor and serve them. This is such a reversal of the world’s values that it takes our breath away! Those who are not like us, whom we may try to ignore, or to hide, or to silence or to blatantly oppress, “the poor who cry out in distress, and the oppressed who have no helper,” they are to be our teachers (Psalm 72). We are to honor and serve the most vulnerable in our land, and regard them as better than ourselves.

“A great deal of our politics, our ecclesiastical life, often our personal life as well, is dominated by the assumption that everything would be all right, if only some people would go away.” This same assumption seems to have deeply infected our country and our politics during the turmoil of these past years of divisiveness and partisanship. But this desire that certain people should just go away seems so contrary to the spirit of welcome and sanctuary which has always been part of our nation’s history. Christ challenges us to look again at the one for whom we feel antipathy, the one who is not like us, the one who irritates or annoys us. Perhaps in fact they are a gift to us from God. Perhaps, as we obsess over the speck in their eye, they may actually help us to see the plank in our own eye!