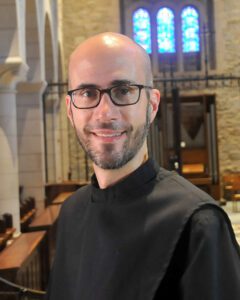 As colors turned and leaves fell, trees beckoned us. I often stopping to look and sometimes stretched up mirroring their limbs. For God’s creation is good and wondrously made. Wow. Thank you. As branches also broke, limbs fell, hanging down or collapsing on the ground. I also stopped to look and sometimes let my arm bend, droop, and hang, feeling the weight of what is broken. O God, have mercy. Bodies hold it all, our diverse and competing truths. As I pray with my body, trees are teaching me to pray both gratitude and grief, including at the same time. [i]

Among the calamities of 2020, a plague of locusts caused a food shortage for millions of people across dozens of countries in the Middle East and Africa. The prophet Joel wrote to people who had experienced such crisis. Joel describes locusts “like the crackling of a flame of fire devouring stubble, like a powerful army drawn up for battle. Before them, people are in anguish, all faces grow pale.”[ii] Joel wrote that the long awaited Day of the Lord would come like such a frightening plague.

“Blow the trumpet in Zion, sound the alarm on my holy mountain! … Yet even now, says the Lord, return to me with all your heart, with fasting, with weeping, and with mourning; rend your heart and not your clothing. Return to the Lord, your God, for he is gracious and merciful, slow to anger, and abounding in steadfast love.”[iii]

God’s people assumed God would come and save them. The Day of the Lord would frighten their enemies but not them. Joel reverses it. Because you are God’s people, God comes in judgement. How you live matters now. So repent, but not only outwardly. Rend your hearts, your whole self, not just your clothing. [iv] “Call a solemn assembly.” Gather everyone: children, infants, and those in the midst of being married. Because God of love wants love, mercy, justice, and faithfulness in entire lives from all God’s people. Return to the Lord. God will judge you by your actions.

On Thanksgiving, our bodies hold diverse and competing truths. This is a day of celebration, a day of connecting with family, giving thanks for all good gifts including food as we feast. We give thanks to God for all the blessings of this life, for provision, and for salvation in Jesus Christ our Lord.

Thanksgiving in the United States is also wrapped up in a national myth steeped in sin, a nice tidy story about the about a friendly feast where the only one killed was a turkey. We often omit or don’t comment on this perpetuating story.

“But the true sacrifice wasn’t a turkey. It was millions of brown images of God that peopled North and South America before the Europeans ‘discovered’ it.

In our sanitized American doctrine, arrogance, fear, epidemics, and murder are erased from the story. Instead, good pilgrims offer thanks to God for what God has given. But God didn’t give it.  It was taken. The land was manipulated out from under the care of those to whom Creator did  entrust it.

What will it take for us to face our history head on — to face the sinful foundations upon which we stand?

Perhaps the present mayhem of our world can serve as a wake-up call to us all. For nearly five    hundred years the colonizing spirit gobbled up land and territories across the globe. In its wake, indigenous peoples were cleansed from their lands, exploited, manipulated, and led to believe   they were not fully human until they were converted to Western culture.”[v]

Western culture including church—Christians demanded worship only in Western forms.

“Blow the trumpet in Zion, sound the alarm on my holy mountain! … Yet even now, says the Lord, return to me with all your heart.” Part of returning to God, repentance, is truth-telling, admitting hard truths we would rather omit or not comment on.

Gathering in General Convention this July, The Episcopal Church will “work toward truth and reconciliation with Indigenous communities in our church … listening to their stories and seeking their wisdom about how we can come together with this part of our history” including the boarding schools we supported.[vi]

What I’ve shared from Joel so far we often hear on Ash Wednesday. It just precedes today’s text. Joel continues: “Then the Lord became jealous for his land, and had pity on his people.” God said, I’m going to give you food. I’ll remove the army. I will protect you.[vii]

“Do not fear, O soil; be glad and rejoice, for the Lord has done great things!” Animals will have pasture. Trees will bear fruit. There will be abundant rain, grain, wine and oil. “You shall eat in plenty and be satisfied, and praise the name of the Lord your God, who has dealt wondrously with you.”

God’s nature is mercy. God keeps coming to save including religious folk who think they’re righteous. God is “gracious and merciful, slow to anger, and abounding in steadfast love, and relents from punishing.”[viii]

Stop and look at the trees. Stretch up and droop. God’s good creation, beautiful and broken. Jesus bore us all in his body on the cross. Look at that tree and there feel both the weight and the wonder, grief and gratitude.

[i] Thanks to InterPlay, especially leaders C.C. King and Lisa Liang, who teach me such wisdom and how to live and pray with my whole body. We offer online programs in Embodied Prayer and Embodied Lament: https://www.ssje.org/programs/