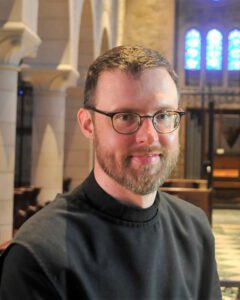 By the mid-fourth century, a distinct Christian vocation had developed in the ancient Mediterranean and Near Eastern church that was both strange and increasingly common. Its adherents were known by many names: the servants of God, the single ones, the true philosophers, the ascetics, the zealous. Their ways of living, even at this early stage, were astonishingly diverse. They included men and women, peasants and the educated. Following in the footsteps of the holy virgins and widows of the apostolic age; galvanized by the committed sacrifice of the martyrs, they sought singleness of heart and the “peace which the world cannot give.” The core motivation that united them was a sense of urgent longing to cross over a frontier from nominal belonging onto a path of transformational belonging within the body of Christ. Today, we who are called monks represent one branch of this zealous family: as ordinary Christians who follow an ordered rule of life and prayer, under vows, in community. One of the first to follow this particular pattern was named Basil of Caesarea, whom we remember today.

His large family cherished the memory of a grandmother who taught ten grandchildren to follow Jesus and spent seven years hiding from persecution in the forest near the Black Sea. Basil’s eldest sister Macrina and mother Emmelia would go on to transform their rural estate in modern-day Turkey into a project in domestic asceticism: an organized hive of prayer and service. Their former slaves were treated as equals and they shared the same work.

Basil, in the meantime, underwent a traditional education in philosophy and rhetoric, then a grand tour of many monastic settlements with his mentor Eustathius. He brought his experiences, learning, and magnetism home with him, to establish his own initial experiment in community. Supporters and students attracted to this way of life sought him out. He began to write and to teach, and was an instrumental figure in the counsels of the Church.

It was in the city of Caesarea that Basil’s vision for a life of transformational belonging in the body of Christ came into its own. The citizens of the region experienced widespread famine in 369. In 370, Basil became its bishop. Departing from the practice of establishing monasteries in far away, hard-to-reach places, Basil founded a complex of monastic buildings accessible to the urban poor of the city. Its core ethos was one of service, and of spoude, or zeal, a word he used again and again. Today, we might call it intensity of commitment. These zealous ones lived differently, and their boundaries mattered; but they were not “special.” Basil had the passion and flexibility to create a different kind of community that fulfilled the common call of the gospel of Christ.

If you’re in church on a sunny Tuesday evening in mid-June, you’ve felt something like that. If you’ve halted the grinding rhythms of daily life and work to go on a retreat, or teach English to a new immigrant, or study scripture with a prison inmate, you’ve felt it. If Jesus is turning your life upside down but you’re discovering that that’s what you want more of, you’ve felt it. The ways we express this longing, like the zealous of the fourth century, are astonishingly diverse. But they have one thing in common: they are a direct response to the prompting of the Holy Spirit, who “searches our depths” and “searches the depths of God.” It is the depths our hearts long for most.

Basil was one of the so-called Cappadocian Fathers, the three primary architects of classical Trinitarian theology. His lasting personal contribution was his treatise on the divinity of the Holy Spirit. Basil the monk knew the “wisdom of the mature” hidden from “the rulers of this age.” His urgent longing for intensity of commitment moved him to lift his voice in defense of the One who “leads us into all truth and enables us to grow in the likeness of Christ.” This Spirit is not just a mediating appendage of the first or second Persons of Trinity. Neither is the Spirit a vague, amorphous force we invoke merely as a synonym for a general sense of God’s mystery. The Spirit is God, “at work in the world and in the church, even now,” through us. This work is as palpable and particular as the commitments and the communities that change us. The Spirit to whom Basil bore saintly witness is a divine agent of dynamic change in our perception; in our sensitivity of conscience; and in our capacity to give more of ourselves in service, as he did.

Blessed Basil of Caesarea, zealous man of the Spirit, whom we remember today.