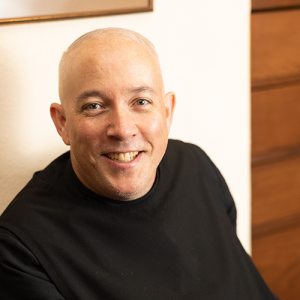 Preached at: Church of St. Mary the Virgin, NYC

A few years ago, while on pilgrimage in Great Britain, I had the opportunity of taking in a meal at The Eagle and Child Pub in Oxford. While the food was good, the actual reason for visiting The Eagle and Child was that it was a regular meeting place for a literary group known as “The Inklings,” of which authors C.S. Lewis and J.R.R. Tolkein were members. Sitting in a cramped corner of this pub I couldn’t help but wonder if perhaps I was sitting at a table where Lewis and Tolkein might have sat, discussing literature, philosophy, religion, and theology. One of my favorite poems from Tolkein’s epic trilogy The Lord of the Rings kept playing over and over in my head.  It begins:

Indeed, this became my own personal mantra for the pilgrimage: “Not all those who wander are lost!”

While praying on this theme for tonight’s homily, I turned to the dictionary as I often do, to see what all the meanings of the word ‘wander’ encapsulate. The first definition might be synonymous with rambling: ‘to move about without a fixed course, aim, or goal.’ I do not imagine that inhabitants of this amazingly busy city of New York do much rambling. There are places to go, people to see, business to be done—all of which require a strategy for moving about these crowded streets. If there are ramblers, they might be personified as tourists—folks that seem to wander about the city with their heads pointed up at the iconic skyscrapers or down at their phones trying to navigate where they are going.

The second definition was related to meandering: ‘to follow a winding course.’ How many times have you been travelling in the car, following directions by GPS and heard the navigation app announce “rerouting” when, either taking a wrong turn or having been ‘rerouted’ due to construction and repairs. Such incidents can be frustrating when we are on a timetable and have not accounted for these delays in navigation.

And finally, the third was straying: simply ‘to go astray.’ As someone with a neurodivergent condition, I can relate to having a goal in mind but being unable to reach it on account of being distracted by something, then another, then another and ending up in a different area code from the intended goal. What is your relationship to wandering: rambling, meandering, or straying? Do any of these definitions ring true for you? And if so, how?

In our gospel lesson for this evening from Matthew, we hear about a famous pilgrimage—one undertaken by wise men from the East who traveled to Jerusalem following (of all things) a star! This may sound funny to our modern ears, but we know that the ancients’ Global Positioning Device was the sky. However, there was something about this sky that was extraordinary and was pointing to something that had captured the imaginations of this group of pilgrims. Sages from the eastern realms were not unfamiliar with other religions, philosophies, and prophecies. The historians Tacitus and Suetonius tell us that there was word throughout the East which pointed to Judea as the birthplace of one who would rule the world—this thought would have been emboldened by desires for a Savior which were widely felt by Gentiles as well as by Jews. Animated by this promise and the sign of an anomalous star, they set off.

When they arrived in Jerusalem, we see that the locals were curious about the wanderers at the very least and annoyed at the most. When they inquire as to the location of this newly born “King of the Jews,” the current Jewish king, Herod is caught off guard and immediately filled with fear. The house of Herod did not take kindly to the idea of anyone else claiming to be “King of the Jews.” This must have been amplified by the fact that these foreigners were not of Jewish origin, suggesting other nations perceived the fallacy of Herod’s sovereignty.

Immediately, Herod summons the chief priests and scribes to inquire where the Messiah was to be born. Recalling the prophet Micah, they reveal Bethlehem as the location. So, Herod, like any great politician, cunningly sends these wanderers toward Bethlehem to seek out this perceived rival, asking them to return to Jerusalem to confirm and report what they find so that he too may ‘pay the child homage.’ The wise men set out toward Bethlehem, following the star once again until it stopped. Matthew says they were overwhelmed with joy, and they entered the house, paid homage to Jesus, and presented gifts of gold, frankincense, and myrrh. The gift of gold acknowledged their understanding of Jesus as a king, frankincense as a symbol of deity, and myrrh was an embalming resin that foreshadowed Jesus’ death. Being wise sages, they left that place and traveled home by a different route, having been warned in a dream of Herod’s motives.

So, what can we take away from the exotic account of these wanderers? First, it is important to understand the nature of epiphanies. Epiphanies seem to be random events that surprise us sporadically with significant realizations that shed new light on both familiar and confusing situations. But epiphanies are not random at all. They build over time until the last little bit of information is gathered, and the picture comes fully into focus, giving us the ‘eureka effect’ which seems random. Epiphany means ‘manifestation.’ So, we see in this story that the kingdom of God has arrived on earth and that this babe is made manifest to all. The gentile wanderers made this known by fulfilling the prophecy: “Nations shall come to your light, and kings to the brightness of your dawn. They shall bring gold and frankincense and shall proclaim the praise of the Lord.” How has Jesus been made manifest in your life? How is it that you have found yourself in this place, at this time, to pay homage—that is to ‘worship’ Jesus?

Second, I am struck by the journey these wise men undertook. They traveled a long way to pay homage to this child, Jesus, even though they were not themselves Jews. They knew that the title ‘King of Jews’ was too small and did not encapsulate who this child was. They knew Jesus would change the destiny of all who sought him, and this was something they had to see for themselves. They risked their lives by disobeying Herod and set out on another path home, potentially lengthening their journey. Something about this encounter with Jesus confirmed their instinct. The founder of our community, Richard Meux Benson, took note of this and wrote: “They had come to Him who was Himself the Way, the Truth, and the Life. None can come to Christ at Bethlehem and go away as they came. The road along which this company of travelers went was itself a type of the spirit with which they went. How careful ought we to be when we have come to Jesus that we do go forward by a ‘new and living way,’ not by the way by which we came! God leads us onward.”[ii] Or again in the words of Tolkein, “Not all who wander are lost.”

Third, I would say that our spiritual pilgrimage is about ‘response.’ We do not usually undertake a dangerous and costly journey on our own volition. Rather, it is something we are called to, a mission that has already been set in motion. The wise men did not up and decide one day that they were going to wander out of their sense of ‘home’ for no reason. They were not ‘ramblers.’ Their journey was a response to a mission that was set in motion by God, foretold by voice of prophecy with the assurance of a life of freedom, security, and abundance—a contrast to a life of uncertainty among other nations seeking earthly dominance and sovereignty. They knew that this babe was one who would unite all nations under a gracious and harmonious rule. Perhaps your own presence here this evening is a response to God who has called you out of inertia through your desire—a desire for meaning, a desire for peace, a desire for love, or simply a desire to know God as you are known by God.

Fourth, perceiving a vocational call from God does not mean the journey will be void of challenges. Be assured that you will face resistance at some point in your spiritual pilgrimage. This was something that Fr. Benson was keenly aware of. In his essay on the significance of Fr. Benson’s spirituality, theologian Martin Smith writes: “He taught from his own experience and in the monastic tradition that spiritual life involved a costly engagement with the Satanic; there was no exploration into God which bypassed encounter with evil not as a mere hostile influence but as a power within the soul.” He continues, “…evil cannot be planned or persuaded away; it must be grappled with at the frontier in our own depths.”[iii] Whenever you speak truth to power, be assured that there will always be a seductive persuasion luring you away from that truth at the very least, or palpable resistance at the most. The wise men knew that Herod sought to destroy the child of Bethlehem and risked their lives to thwart his attempt to manipulate them. How have you experienced seduction luring you away from relationship with Jesus? What obstacles have rerouted you away from your destination into the heart of God?

And last, I would say the journey is epic and there will be many detours as you make your way. Do not worry about what the pilgrimage will entail. Instead, in the tradition of 12-step spirituality, ask God, “What’s the next right thing?” Ask God for the provision you need for only the next step—a word of council from a friend, a sense of encouragement amid adversity, or perhaps a morsel of bread and a sip of wine to sustain you. Ask God for a star to help guide you.

Speaking of the significance of the wise men’s journey for us, I close with Fr. Benson: “Our coming to Christ changes everything and therefore even to the old scenes we return with changed hearts and new powers. It is indeed a great thing to return to the old world by a new way of heavenly life, and to live, therefore, in the world as those who have been with Jesus than it is to enter upon new spheres of life but with the old heart. That would be to set about new things in the old way. The necessary thing for us is rather to set about old things in a new way.”[iv]

Let us pray: O God, by the leading of a star you manifested your only Son to the peoples of the earth: Lead us, who know you now by faith, to your presence, where we may see your glory face to face; through Jesus Christ our Lord, who lives and reigns with you and the Holy Spirit, one God, now and forever. Amen.

Solemnity or Major Feast: The Epiphany of our Lord Jesus Christ