Our Monastery and Guesthouse aim to offer spaces of silence, beauty, and simple comfort to guests, for an hour, a day, or for a longer visit.

The Monastery and Guesthouse are located on Memorial Drive, just off Harvard Square, in Cambridge, Massachusetts, and face on the Charles River and its flanking parklands designed by Frederick Law Olmstead.

Dedicated to Saint Mary and Saint John, is considered by some to be the masterpiece of the great twentieth century American architect, Ralph Adams Cram.  Built in the French Romanesque style, the Chapel conveys the essence of the early Christian basilica on a small scale.  It features classic pillars and arches made from Indiana limestone; marble floors in the choir and sanctuary; beautiful stained glass windows designed by Charles J. Connick; and a baldachino standing above and glorifying the high altar.  We invite guests staying in the Guesthouse, as well as the public, to use the Chapel as a sanctuary for their prayer and reflection.

Built in 1924-1928, was also designed by Cram, and it served as the original Monastery building until Cram designed the Chapel and the rest of the monastic complex, including living quarters and a cloister for the brothers, in the mid-1930’s.  Built at the height of the Great Depression, the current buildings were completed in 1936.

Our Guesthouse facilities include twelve single bedrooms, large and small meeting rooms, chapels for private and corporate prayer, and a garden. Extensive renovations made in 2010 – 2011 added entrances for those with special needs, fully accessible bathrooms, and a guest refectory and kitchen.

To book a retreat, please contact the Guesthouse Manager at guesthouse@ssje.org.

Please Notify me about availability of retreats

About the Monastery & Guesthouse
About Emery House
Commonly Asked Questions

For other questions contact the Guesthouse Manager at guesthouse@ssje.org.

More about our Life 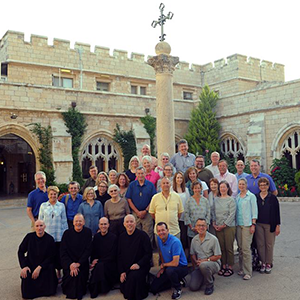 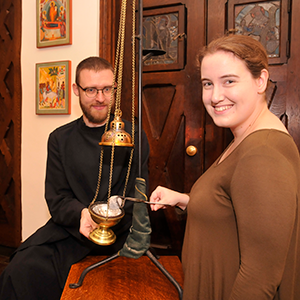 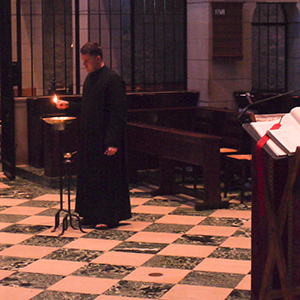