“Let me pray about that...”: The Art of Discernment in Prayer

Welcome to this five-part video series on the art of discernment in prayer.  The series is meant to help us learn to hear God’s “voice” as it comes to us in the silent places of our hearts and through our interactions and experiences in the world.  We’ll try especially to answer questions such as, “How can we bring God into the realm of our decision-making?” “What does it mean to pray about a choice we are facing?” and “What do we hope or expect will happen when we do seel God’s guidance in our decision-making?

Presenter: Br. David Vryhof, SSJE is a native of Grand Rapids, Michigan. He was life-professed in 1997 and has served the Community as Assistant Superior as well as Novice Guardian (a post in which he served for a total of 17 years!). His specific interests include Ignatian Spirituality, Spiritual Discernment, U.S. and world politics, as well as issues surrounding minorities in the U.S. such as African-Americans, native peoples, LGBTQ people and those living in poverty. He is currently studying Spanish, and enjoys exercising, reading, and watching movies. David is credited with being the most committed sports fan in the Community and loves all the Boston teams. 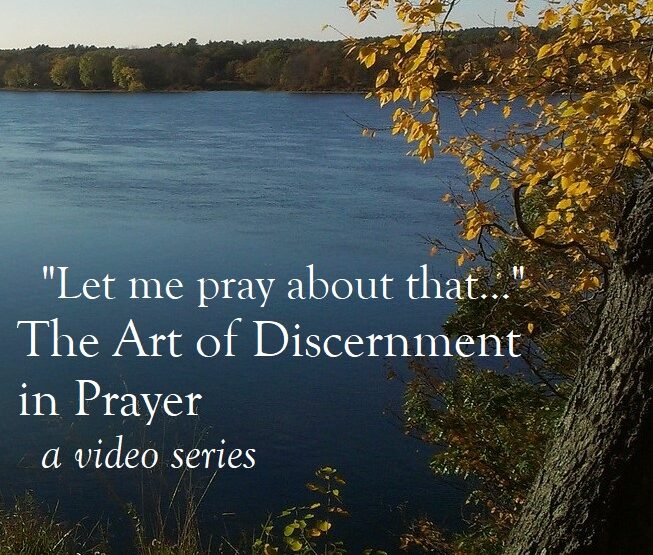 We look forward to having you join us for the entire series, and welcome feedback and conversation below.

Episodes (will refesh each week)

Part 1: What is Spiritual Discernment?

In this first video, Br. David will be introducing the topic of “spiritual discernment,” drawing especially on the story of Samuel’s call in I Samuel 3.  As you watch these 30-minute videos, we welcome you to pause the tape to allow space to reflect on these ideas on your own, or to go back and listen again.

Part 2: What do we mean when we speak of a ‘vocation’ or ‘calling’ in life?

Starting with Walter Brueggemann's idea, "... vocation means finding a purpose for being in the world that is related to the purposes of God," Br. David Vryhof guides us as we consider our calling. He leads us through different levels at which God calls us, and identifies common ways in which God's call works. Importantly, God's call is continuous and ongoing, and always a service or benefit to others. Join us in this second session in the five part series. You may leave reflections here in the comment section below.

Part 3: What can we learn from Jesus’ sense of his own vocation/calling?

Looking at a few key stories in Luke's Gospel, Br. David Vryhof presents Jesus' early life and ministry as our first glimpse into his calling into the purposes of God. God calling Jesus to his ministry with the words "in him I am well pleased," sends us also along our journey of vocation or calling. From this place of being rooted in God's love, we also can face and resist the temptation to use our gifts for ourselves. Join for this third video in the five part series where we journey with Jesus revealing his vocation, and learn how it closely parallels our own. You may leave reflections here in the comment section below.