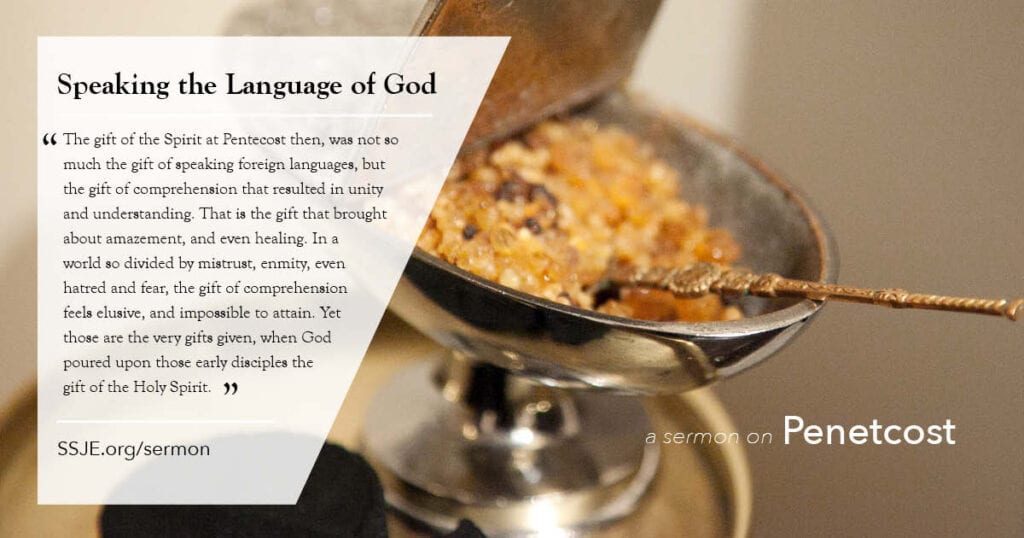 I must confess that I have always been envious of those who are able to acquire another language. I have always struggled to learn a second language.

As a child my parents enrolled me in private French lessons, but when French became available at school, it was like starting over again. Each year was the same. I struggled all year to learn a few basics, scrape by with a pass at the end of the school year, and then forget everything over the summer. I would start again from square one, once again, each Fall. I finally dropped both French and Latin in high school. In the first year of seminary, I enrolled in New Testament Greek. Early in the term the professor arranged for us all to take a language aptitude test. My years of struggling to learn another language all came together with that test. Finally everything made sense.

If you have taken the language aptitude test, you will know that it is based on learning a few simple elements of Kurdish. The idea is to see how quickly you can learn it and then answer some questions. A week or so after the test, I sat in the professor’s office to hear my results. He began by telling me he didn’t understand why I was having such difficulty learning Greek, as I had a perfect aptitude for foreign languages. Suddenly he stopped in his tracks. Mumbled oh and said to me, James I see why you are having such difficulties. I was reading the score backwards. You have absolutely no aptitude to learn a second language

I don’t know exactly how that language aptitude test works, but after years of trying to learn French, Latin and then Greek, I didn’t need a test to tell me what I already knew. There is something about my brain that simply can’t absorb languages. I joke that even after thirty years in this country, I still don’t understand and can’t speak American. It has been explained to me countless times, what freshman, sophomore, junior and senior mean, but it needs to be explained to me again each time someone uses those phrases. And please don’t tell me you are a rising sophomore because that will just confuse me even more. END_OF_DOCUMENT_TOKEN_TO_BE_REPLACED 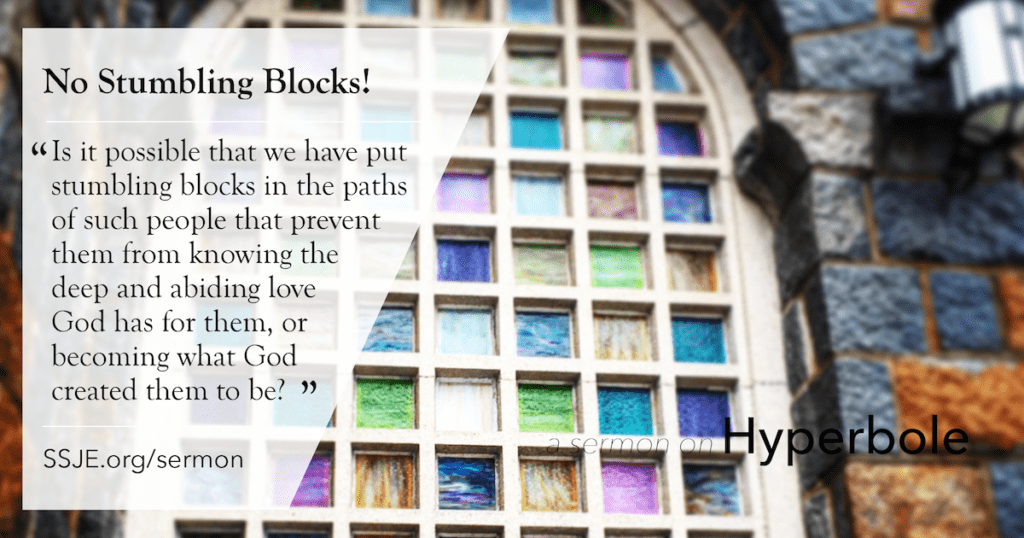 Just now they have been arguing amongst themselves over who will be the greatest in the kingdom which they are sure he will establish once he arrives in Jerusalem and defeats his foes.  Jesus corrects them and tells them plainly that in God’s kingdom “whoever wants to be first must be last of all and servant of all.”  Then, we are told, “he took a little child and put it among them; and taking it in his arms, he said to them, ‘Whoever welcomes one such child in my name welcomes me, and whoever welcomes me welcomes not me but the one who sent me’” (Mk 9:35-37).  For Jesus, children are a sacrament of God’s presence and of his presence and are therefore to be protected and loved. END_OF_DOCUMENT_TOKEN_TO_BE_REPLACED

He also told this parable to some who trusted in themselves that they were righteous and regarded others with contempt: 10‘Two men went up to the temple to pray, one a Pharisee and the other a tax-collector. 11The Pharisee, standing by himself, was praying thus, “God, I thank you that I am not like other people: thieves, rogues, adulterers, or even like this tax-collector. 12I fast twice a week; I give a tenth of all my income.” 13But the tax-collector, standing far off, would not even look up to heaven, but was beating his breast and saying, “God, be merciful to me, a sinner!” 14I tell you, this man went down to his home justified rather than the other; for all who exalt themselves will be humbled, but all who humble themselves will be exalted.’

I’ve sometimes wondered what it would have been like to have seen Jesus in person, but I’m not sure I would have always enjoyed being part of his audience. END_OF_DOCUMENT_TOKEN_TO_BE_REPLACED