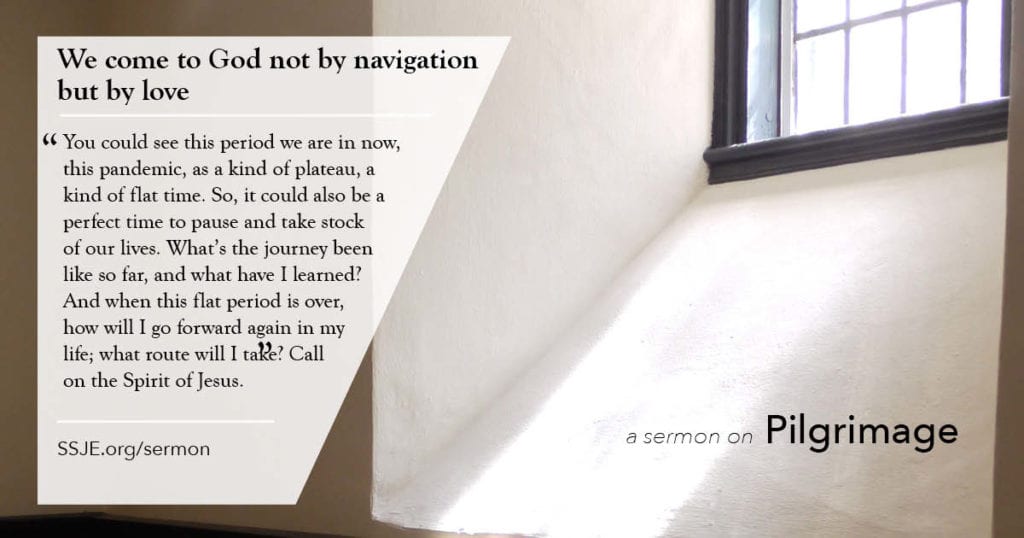 “And so we came to Rome” (Acts 28: 14) The final chapter of Paul’s journeys, according to the Acts of the Apostles, brings him finally to Rome: journey’s end. Whatever else Paul was, he was a great traveler. When I was at school, perhaps aged fourteen, we studied Acts in our religious education class. I didn’t like religion much, but I did love drawing maps, like the ones you can find at the back of a Bible, maps of Asia and Europe, and drawing three lines across them. One line was in red, one in blue and one in yellow, each showing the route of Paul’s three missionary journeys. Paul traveled hundreds of miles, all over Asia Minor and Europe, preaching the Gospel. And the routes he took were very deliberate. He had a very clear idea of where he was going. In chapter 19 of the Acts we read, ‘Paul resolved in the Spirit to go to Jerusalem. “After I have gone there, I must also see Rome.”’ And that’s exactly what he did. But the significant words in this passage are ‘in the Spirit’. For it was the Spirit of Jesus, his constant companion, who guided him at all times throughout his journeys. I love the story in chapter 16, where Paul is planning to go further into Asia on his preaching mission. He’s all set to go, until, we read, ‘The Holy Spirit forbad them to speak the word in Asia.’ And during the night he had a vision: ‘There stood a man of Macedonia pleading with him and saying, “Come over to Macedonia and help us.”’ Macedonia of course is in Europe. Paul changed direction. Instead of heading east, he turned west. He completely changed direction.  Maybe Paul remembered that earlier journey he had made to Damascus, and how the Spirit of Jesus had also stopped him in his tracks, and again totally changed the direction of his life. I remember at school poring over the map and imagining Paul arriving at the shores of the Aegean, at Troas. I imagined him staring out across the sea, due west, towards this new continent of Europe, my continent.  I wondered how he must have felt. Scared, I think. But he trusted the Spirit of Jesus to guide him; this Jesus who had always been faithful.  And for the rest of his life, Paul would trust completely, would place his life time and time again, in the hands of Jesus, his faithful companion. END_OF_DOCUMENT_TOKEN_TO_BE_REPLACED