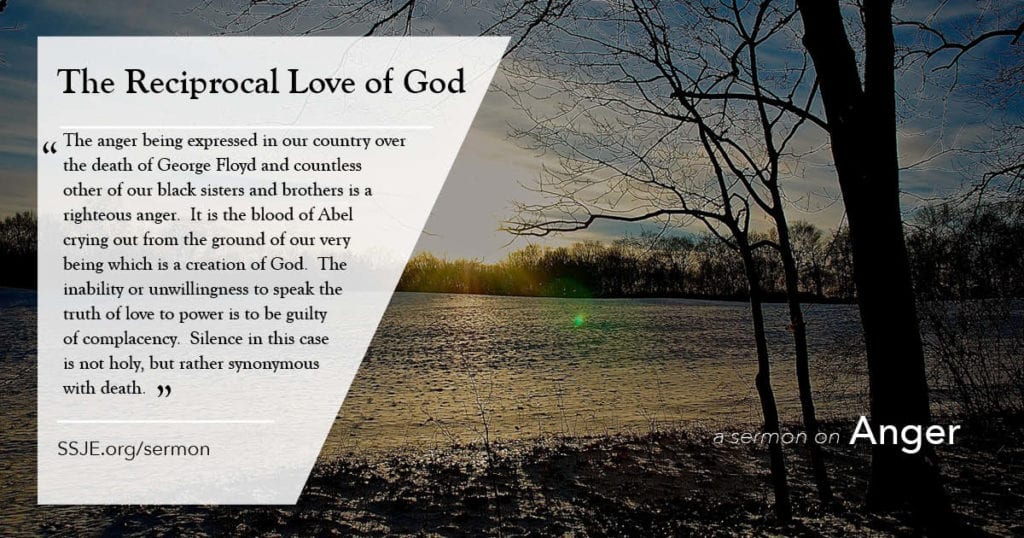 The civic unrest that we are experiencing in our country is not only the result of a Constitutional crisis symptomatic of racism, but even more so because the attempt to subdue, divide, or destroy community, which springs from the common good, goes against the very nature of the God whose image we bear.  The founder of our Society Richard Meux Benson wrote: “By the communication of the Holy Spirit, the personal God is found dwelling in all the faithful, not as a Sovereign to overpower their individuality, but as a Giver of life and fullness, that our fallen emptiness may rise into true correspondence of Love with Him from whom it came.”[ii]  The word community comes from the Latin communitas, which literally means “with oneness.”  Community and communion are related to each other.  The anger being expressed in our country over the death of George Floyd and countless other of our black sisters and brothers is a righteous anger.  It is the blood of Abel crying out from the ground of our very being which is a creation of God.  We should not be outraged at the anger of those who have taken to our streets in protest, but conversely, at the source of that anger.  We should deeply mourn the sin of all who seek to destroy the very dwelling place of God in our midst.  The inability or unwillingness to speak the truth of love to power is to be guilty of complacency.  Silence in this case is not holy, but rather synonymous with death.[iii] END_OF_DOCUMENT_TOKEN_TO_BE_REPLACED 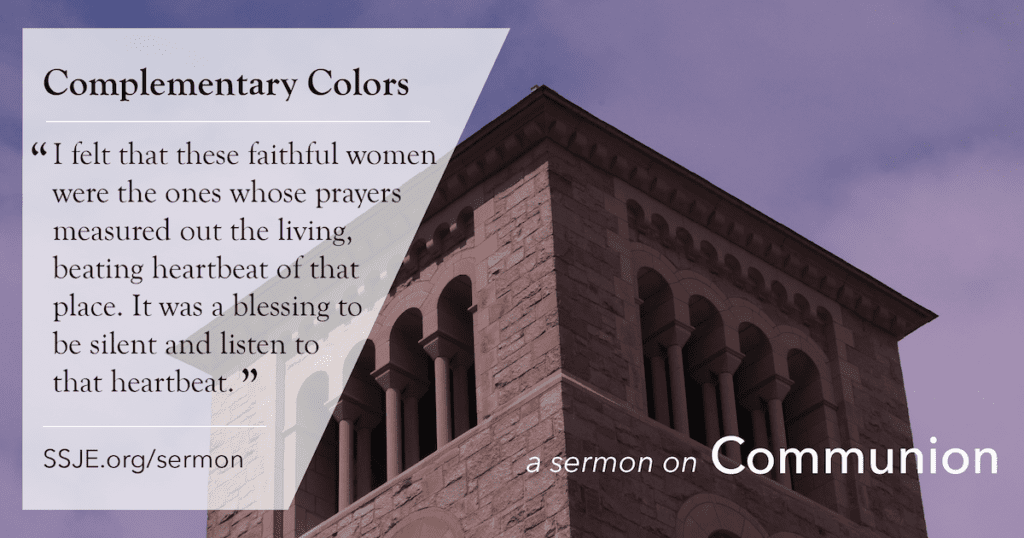 Feast of the Presentation of Christ in the Temple

As I read the opening chapters of Luke’s gospel, I often imagine seeing an enormous tent being painstakingly erected, like those that are used for outdoor weddings. With the introduction of each significant character – Elizabeth, Zechariah, Mary, Joseph, the shepherds, Simeon, and Anna – another stake or peg is fixed in the earth, with its own cord attached. These cords begin to cross and intersect at just the right angles, as if by the arrangement of some mysterious, divine geometry, held taut by the weight of poles and the canvas now unfurling from the ground into a recognizable structure. Into the particularity of time and space there unfolds a tabernacle, a tent or dwelling for Christ Emmanuel, God-with-Us. A web of divinely inspired, interpersonal encounters prepares the ground and provides a sheltering roof. END_OF_DOCUMENT_TOKEN_TO_BE_REPLACED

Posted in Sermon, The Church and tagged Christian Unity, Communion, Feast of the Presentation, Luke 2:22-40, Worship
7 Comments
Scroll To Top