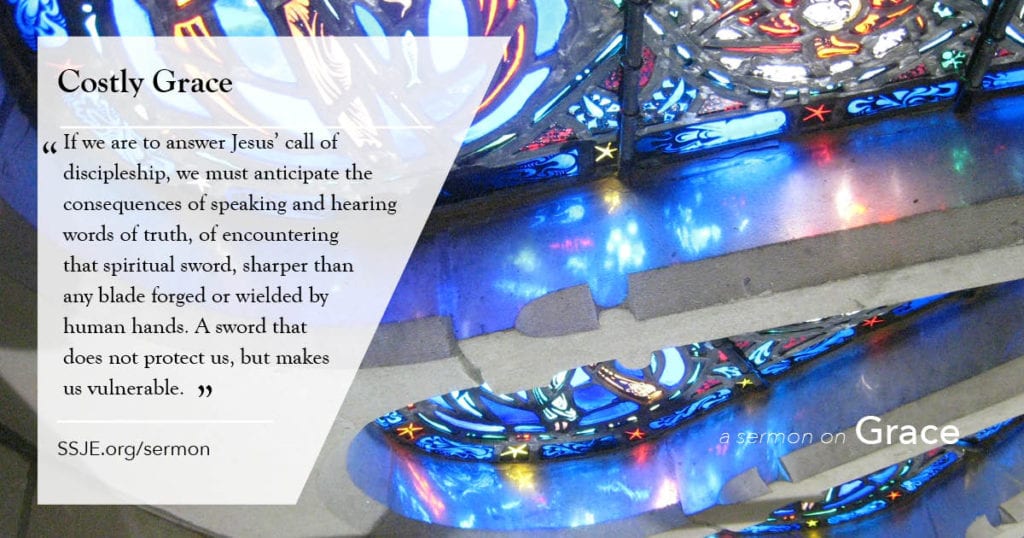 I must confess that the gospel we meet this morning is not an easy one. There is good news for us here, but it is not a simple news. It is a news that will fortify us, but to my fallen palette it tastes a bit like bile going down.

In 1937, just over 80 years ago, Dietrich Bonhoeffer published his now classic text, The Cost of Discipleship (or, in the original German, simply, Nachfolge). His text opens with a harsh admonition, “Billige Gnade ist der Todfeinde unsere Kirche”—“Cheap grace is the deadly enemy of our Church.” Bonhoeffer wrote these words to a church assailed by the claims of a dangerous ideology. An ideology that sought an illusory national purity. An ideology that marked one group as “fully human” while deporting, enslaving, and exterminating those groups deemed “less than human.” In the blink of an eye, the Nazi Party had leveraged itself into a fascist dictatorship. His church, Bonhoeffer worried, was at risk of missing the costly call of God, preferring instead billige Gnade, cheap grace that justified not sinners but sin itself.

Bonhoeffer found himself attempting to minister to communities who struggled to sense the cost of their allegiance to Jesus Christ—afraid to undertake the sacred labor of seeking Christ ready and waiting in their neighbors, enemies, and scapegoats. To preach the Gospel became an act of treason against a society that sought to deform and devalue the “teure Gnade,” the “costly grace” that comes with following Jesus Christ—the life-giving grace that only comes from the vulnerability of the cross. Costly grace, Bonhoeffer knew, calls the church always beyond the narrow horizons of its own self-interest. Costly grace, Bonhoeffer knew, makes no room for a spirituality that would simply treat God as a means to an end—even if that end is peace. END_OF_DOCUMENT_TOKEN_TO_BE_REPLACED