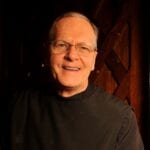 Howard Thurman, the great African-American teacher and pastor, wrote extensively on what Jesus said “to those who stand with their backs against the wall: the poor, the disinherited, and the dispossessed.”[i] Thurman drew his inspiration from Jesus, who grew up in poverty. Because of their race and religion, Jesus’ people had for decades been cruelly subjugated by the oppression and discrimination of the Roman Empire. For his first thirty years, Jesus would also have faced the ignominy of his own birth. Either he was born to a mother out of wedlock; or his mother and father, Mary and Joseph, were fabulous liars and blasphemers; or both parents were mentally unsound. How could this be, the “miraculous” story of Jesus’ birth? Jesus faced prejudice and persecution from the very beginning of his life.

When Jesus finds his voice, one word recurs in Jesus’ speech and actions: power. People would ask, “Where did he get all this power?” because Jesus teemed with power.[ii] In the end, as Jesus was coming down from the Mount of Olives, “the whole multitude of the disciples began to praise God joyfully with a loud voice for all the deeds of power that they had seen” (Luke 19:37).  And his departing words were about power: “You will receive power when the Holy Spirit has come upon you; and you will be my witnesses … to the ends of the earth” (Acts of the Apostles 1:8). Power.  END_OF_DOCUMENT_TOKEN_TO_BE_REPLACED