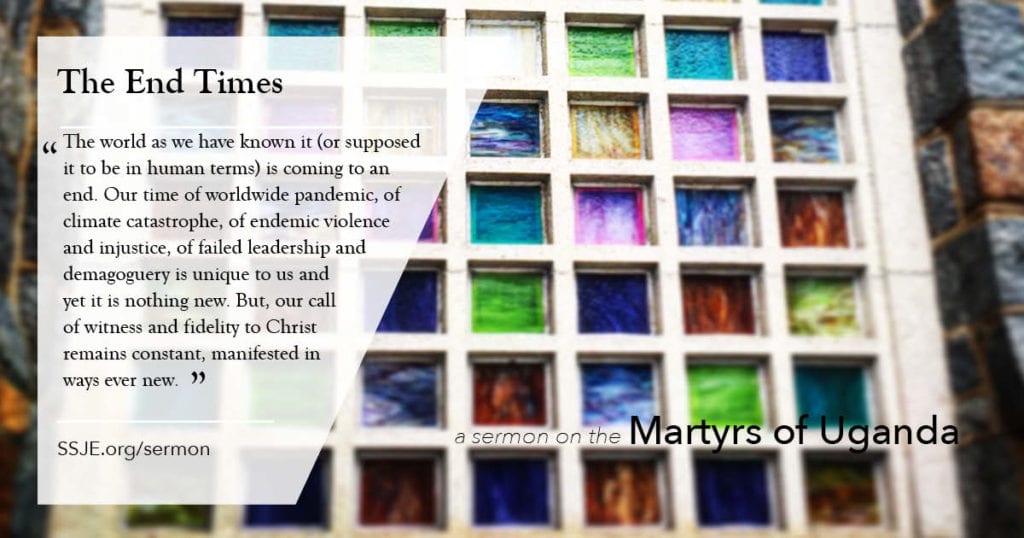 On this day in 1886, thirty-two young Anglican and Roman Catholic men were burned to death for their refusal to renounce their Christian faith at the order of the king of Buganda. Their deaths signaled the beginnings of the end for the world as it was then perceived. END_OF_DOCUMENT_TOKEN_TO_BE_REPLACED

Almighty God, give us grace to cast away the works of darkness, and put on the armor of light, now in the time of this mortal life in which your Son Jesus Christ came to visit us in great humility; that in the last day, when he shall come again in his glorious majesty to judge both the living and the dead, we may rise to the life immortal; through him who lives and reigns with you and the Holy Spirit, one God, now and for ever.  Amen.

Winston Churchill was reprimanded at one point by Lady Astor for ending a sentence with a preposition.  Churchill responded, “This is the kind of thing up with which I will not put.”[i] Well, I’m thinking here about endings, lots of things coming to an unexpected end in our world and in our nation, some of it surprising, or relieving, or galvanizing, or frightening.  And this coincides with the church year having just ended. Today, the first Sunday of Advent, marks the beginning of the new year for the church, Advent being observed the four Sundays prior to Christmas. END_OF_DOCUMENT_TOKEN_TO_BE_REPLACED 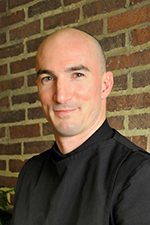 These are the end times. I said that to be provocative, though for some people, today, it may hit a little too close to home;[i] but it really is an end time. It’s the end of the liturgical year. In two weeks it will be Advent. Advent is the beginning of the liturgical year – a time of expectant waiting for the Savior to come into the world for the first time. But that’s in two weeks. Now, it’s the end of the liturgical year, and so our readings are apocalyptic in tone in anticipation of Christ’s Second Coming. When will the Second Coming take place? Jesus said, “When you hear of wars and insurrections, do not be terrified; for these things must take place first….Nation will rise against nation, and kingdom against kingdom; there will be great earthquakes, and in various places famines and plagues; and there will be dreadful portents and great signs from heaven.”[ii] END_OF_DOCUMENT_TOKEN_TO_BE_REPLACED