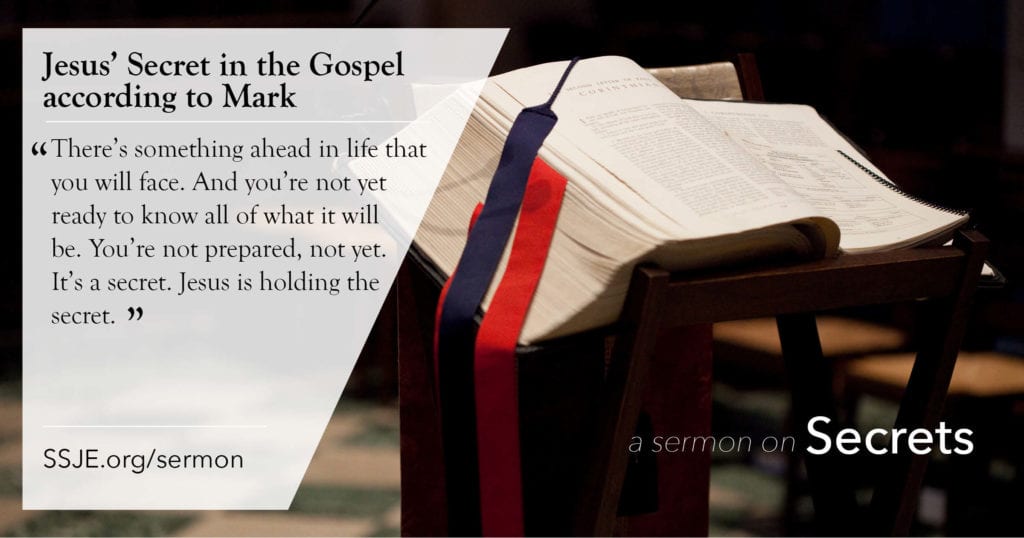 Well, we have four versions of the Gospel, all quite similar, and yet each one distinctive. Today we honor the witness of one of these Gospel writers, Saint Mark. Mark was not one of the original 12 apostles; however Jesus also appointed a wider circle of 70 disciples, believed to have included Mark.[i]Information in the New Testament about his life is sketchy, though we know that Mark was a fellow missionary at various times with Saints Paul, Barnabas, and Timothy.[ii]We can infer Mark had a close relationship with Saint Peter, who writes about “my son Mark.”[iii]And according to the Acts of the Apostles, his mother’s house in Jerusalem was a center of Christian life.[iv]In Egypt, the Coptic Church remembers Saint Mark as its founder and patron, Mark having been martyred in Egypt in year 68.

In his Gospel writing, Mark keeps a secret. It’s actually Jesus’ secret. In Mark’s Gospel account, Jesus will typically ask something, listen to something, do something like perform a healing or other miracle, and thenJesus will say, “Don’t tell anyone.” In many instances, Jesus insists on silence.[v]And it’s not just with outsiders. The same pertains to his relationship with the 12 apostles. Early on, Jesus asks them, “‘Who do yousay that I am?’ Peter answers, ‘You are the Messiah.’ And [Jesus] sternly orders them not to tell anyone about him.”[vi]

So what’s going on? Why the secret?