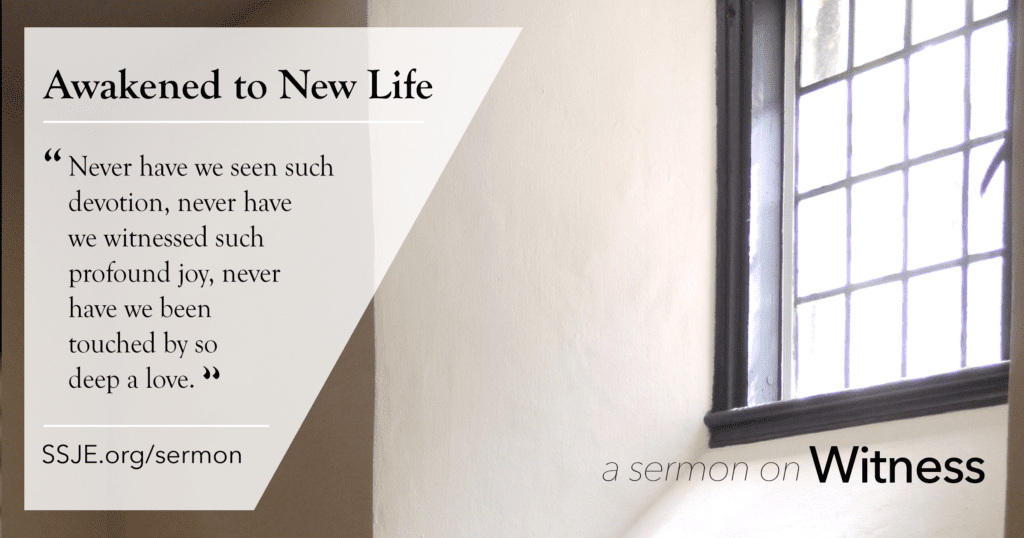 I have twice visited the town of Assisi, which rests on a hilltop in the breathtakingly-beautiful central region of Italy called Umbria.  Assisi is, of course, the birthplace of the little poor man, St Francis, who has long been recognized as one of the most beloved saints of all time.  I love to sit in the small chapel in the undercroft of the great Franciscan basilica, where the body of St Francis and four of his early companions are buried, and witness the silent, steady stream of admirers and devotees from all over the world, as they approach the tomb to offer their prayers and to pay their respects.  I wonder, as I look on, how one man, one life, could have had such an enormous impact on the world and could have influenced for good millions upon millions of lives.

Francis was a man whose life was completely transformed by his encounter, and subsequent relationship of love, with God.  He seems to me to have been a man who awakened to new life in God, and who, as a result, saw the world and other people and himself in a completely new light.  It was as if he had been born again, infused with a divine light and presence, so that he saw what others could not see and perceived what others could not recognize or comprehend. END_OF_DOCUMENT_TOKEN_TO_BE_REPLACED