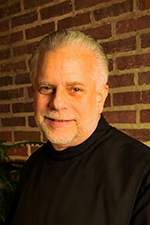 “Rabbi, we know that you are a teacher who has come from God; for no one can do these signs that you do apart from the presence of God.”(John 3:2) Nicodemus, I would say, exhibits a certain amount of courage and imagination. Courage in approaching Jesus in the wake of his disruptive action in the temple; imagination in that though there is much that Nicodemus already knows of God, he comes to Jesus aware that there is likely still much that he does not know. END_OF_DOCUMENT_TOKEN_TO_BE_REPLACED

One of the best movies I’ve seen for a long time is “The King’s Speech” which won several Oscars three years ago.  The story is about how the Duke of York unexpectedly and unwillingly becomes King George VI, just on the cusp of the outbreak of World War II.  His role is to inspire and give courage and hope to the people of Britain in the face of the terrible march of Hitler through Europe.  The main way in which he was to communicate with the people was through the radio – but he had a debilitating stutter and was terrified.  It’s a wonderful story of how he overcomes this impediment to give the “King’s Speech.” END_OF_DOCUMENT_TOKEN_TO_BE_REPLACED

“For God so loved the world that he gave his only Son, that everyone who believes in him may not perish but may have eternal life.”

This may very well be the Bible’s most quotable quote, the most memorized in Sunday school classes—the most often cited verse in the stands at baseball games.  God so loved the world: the kosmos, as it says in Greek.  God so loved the cosmos. END_OF_DOCUMENT_TOKEN_TO_BE_REPLACED