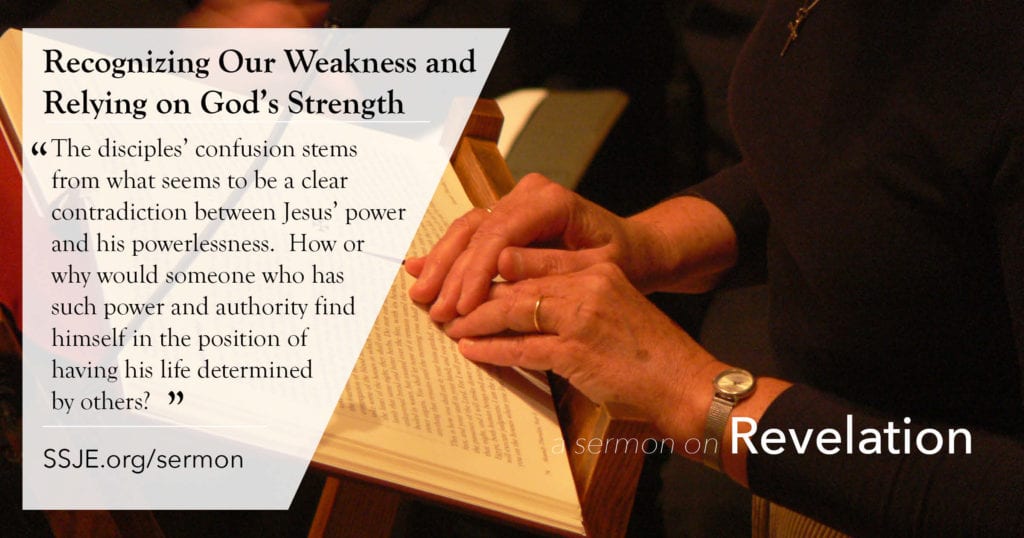 We have before us today a short passage from Luke’s gospel focusing on the failure of the disciples to understand Jesus’ prediction that he will “be betrayed into human hands.”  To understand it better, I’d like to view it in its broader context (Luke 9:37-50), which you’ll find printed on the handout.

Jesus is with his disciples in Galilee, about to turn his face towards Jerusalem, where he will face betrayal, crucifixion and death.  He is speaking with his disciples about the cost of discipleship, and the necessity of “taking up the cross” in order to follow him. 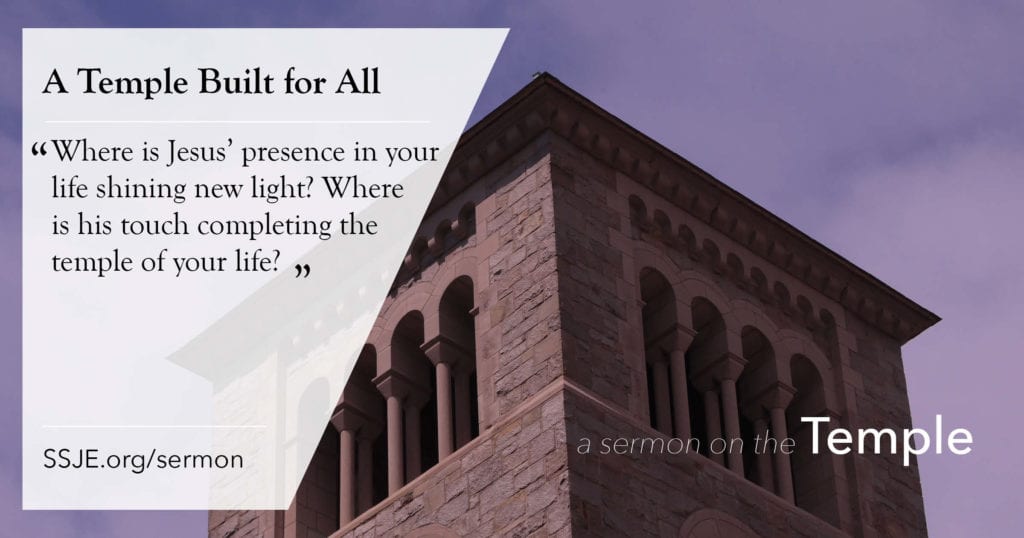 “When the time came for their purification according to the Law of Moses, they brought him up to Jerusalem to present him to the Lord.”[1]

Today, with St. Luke the Evangelist, the church recalls Jesus’ presentation in the temple at Jerusalem: the place where the presence of YHWH was understood to dwell, where heaven and earth overlapped in perfect resonance. This was YHWH’s chosen dwelling-place.[2]This was the site of prayer, sacrifice, and pilgrimage, rebuilt by Herod to “recapture the glory of the Solomonic temple.”[3]

The temple, temple language, and temple imagery likely do not resonate with us in the same vivid ways they did for the faithful of antiquity. The distances of time and cultural ethos have changed our relationship to temple language in deep, subconscious ways, but the image hangs over Luke’s gospel from beginning to end in ways both subtle and obvious. Mentioned more than seventy times, the temple features prominently within the vocabulary of Luke’s text when compared with the other gospels. Luke draws our attention to it at specific points in the narration of his gospel, and it comes to occupy a place of importance in his account of Jesus’ work, ministry, and self-understanding; destroy this temple and in three days I will raise it up.[4]

END_OF_DOCUMENT_TOKEN_TO_BE_REPLACED 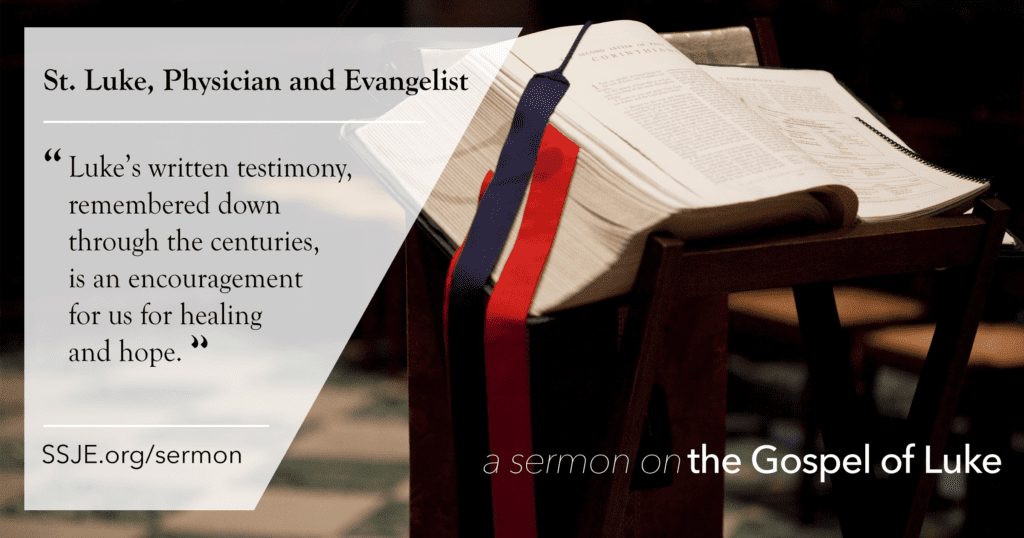 Today we remember with thanksgiving one of Jesus’ twelve Apostles named Luke.  Luke was odd-man-out. Luke was not a Jew and, unlike most, he was educated. His home was likely Antioch, capital of Syria. Some historians conjecture he was educated in Tarsus, in what is now southern Turkey. Tarsus was the foundation of a famous medical school, and also the home town of St. Paul, with whom Luke became a devoted friend. Paul writes from prison just before he was executed: “I have fought a good fight, I have finished my course… Only Luke is with me.”[i] Luke also knew Peter, the Apostle. When it comes to the writing attributed to Luke, it is the most eloquent Greek of the New Testament, and it is revealing what Luke notices and records. Of the four Gospel writers, only Luke remembers that Jesus began his public ministry talking about healing.[ii]

As a physician, Luke would have practiced his vocation with a combination of science, experience, intuition, and bedside manner, then as now. The medical arts. Tradition has it that Luke may also have been an artist; he certainly was a wordsmith. Like no other writer in the New Testament, Luke describes with fascinating, picturesque detail the angels’ Annunciation to the Virgin Mary; the Visitation to her kinsfolk, Elizabeth and Zacharias[iii]; the Nativity scene with the Shepherds; Jesus’ Presentation at age 12 in the Temple; the Good Shepherd searching for the  lost sheep.  These and many other scenes, particularly about the poor, are described by Luke in the Gospel attributed to him and in the Acts of the Apostles.  Luke’s descriptions have become inspired, inspiring themes of artists, writers, and preachers down through the centuries.[iv]  If Luke did not paint with pigment, he surely painted with words. END_OF_DOCUMENT_TOKEN_TO_BE_REPLACED

When I began studying our gospel lesson for this morning, the first thing I thought of was an event from this past week that made all the major newspapers and has been circulating as a video on social media.  The video is of Senator Elizabeth Warren confronting Wells Fargo CEO John Stumpf about taking responsibility for fraud committed by his company who then scapegoated lower level employees.[i] Senator Warren’s examination of Mr. Stumpf was scathing and I have to confess I took a slight sadistic pleasure in seeing him wide-eyed and squirming as she fired question after question, admitting damning evidence into public record from what seemed to be this great chasm separating the two.  After seeing the video, I couldn’t help but to think how lucky the rich man in our gospel lesson was to have had his interchange with Father Abraham instead of Senator Warren.  While Abraham’s interaction with the wealthy man is firm, his tone is at least compassionate.  To be honest, I think my curiosity was more the result of my recognition and identification with Mr. Stumpf.  Throughout my life, I have at times made poor choices based on selfish motives.  I too have had to face up to my shortcomings, ask forgiveness, and make reparations for harm caused to those whom I’d hurt.  Perhaps you can relate. END_OF_DOCUMENT_TOKEN_TO_BE_REPLACED