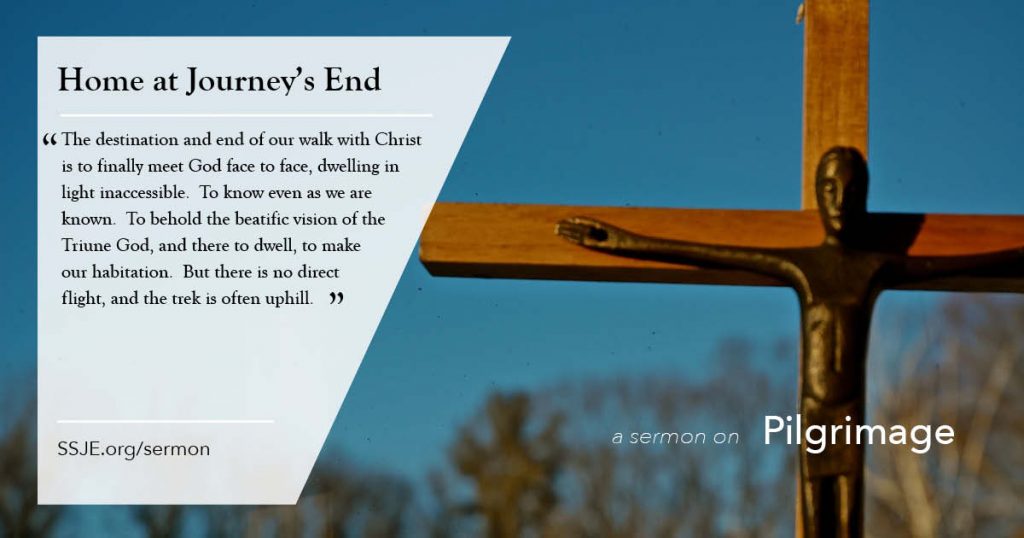 In contrast to those who were blithely chasing the pleasant moments of life, Noah had his attention fixed to hear what God was calling him to prepare for. END_OF_DOCUMENT_TOKEN_TO_BE_REPLACED 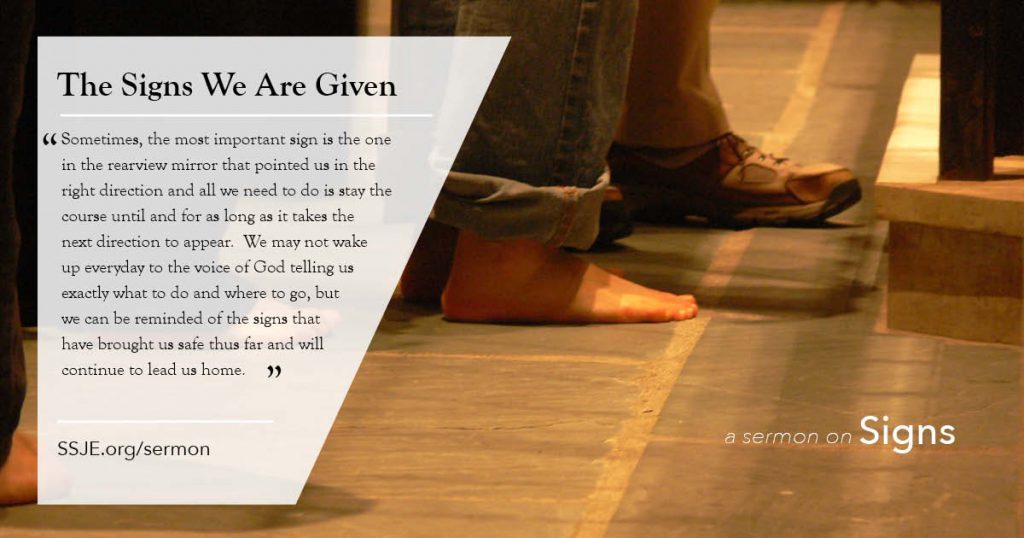 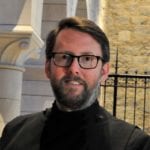 I remember learning to drive before the advent of personal GPS devices.  I remember getting directions that involved both signs and physical landmarks to get from one place to another.  Take a left on River St. and go down until you see the mailbox with a yellow bird on it, then we’re three houses down on the right.  Nowadays, I’m more likely to just plug an address into my phone and let it guide me moment by moment down the comforting little blue line until I get to the red destination pin.  I hardly have to pay attention to my surrounding at all while the little voice just coaches me turn by turn.  But, in truth, I’ve become overly dependent on it.  I get a little anxious when I try to do without it because it forces me to put my trust in a different system of navigating that doesn’t offer real-time reassurance.  There is simply much more trust involved.  Trust that the signs will be there when I need them, trust that I will make the correct turns, and even trust that if I get off track, I’ll be able to get back on course and reach my destination.  Looking for signs and waiting for direction can be a precarious thing in the spiritual life.

Do you find yourself waiting on a sign from God?  Or, have you ever suddenly beheld a sign that arrested your attention and pointed you in a new direction.  God’s engagement with people often catches us unaware or seems absent when we want it most.  We may feel like things are going just fine until suddenly our circumstances change and we are gripped with uncertainty and fear.  Or, we may be so much on auto-pilot that we don’t realize when a new course of action is necessary.  Todays readings highlight both of these kinds of encounters with God and help to point us to Jesus who is an unfailing sign to return to the heart of God. END_OF_DOCUMENT_TOKEN_TO_BE_REPLACED 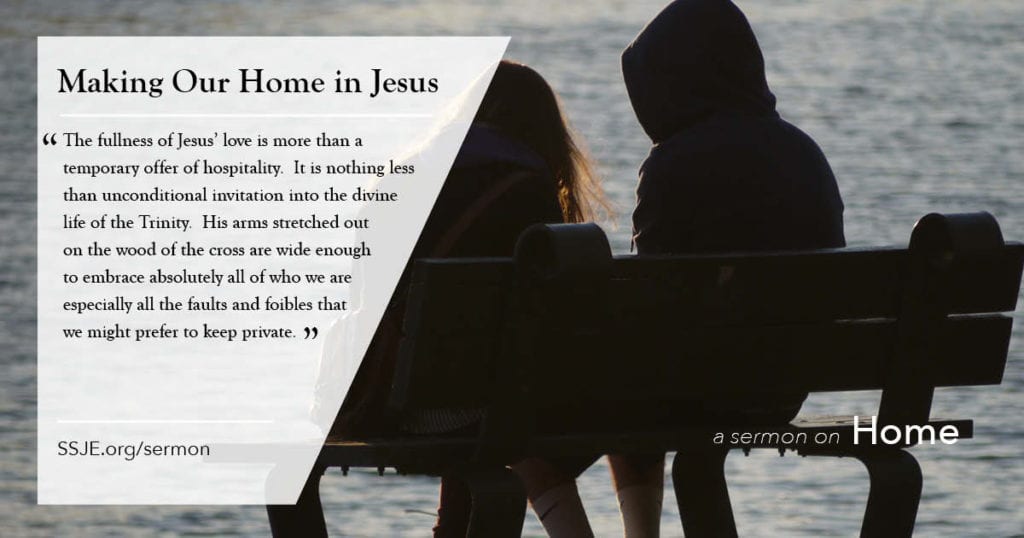 “Make yourself at home.”  It’s a nice thing to say to someone when they come over.  It’s meant to put them at ease.  It’s warm and inviting.  I remember being told this a lot when I was asked to house-sit for people.  And, as kind as it was.  I knew it was only conditional.  It was a temporary offer.  I was welcome to eat some food from the fridge or lay down on the couch but painting a bedroom or organizing the kitchen cabinets the way I wanted to was never part of the bargain.

When Jesus invites us to abide, to dwell, to make our home, he’s offering more than a conditional bargain.  He’s offering us eternity at home in God.

When John writes in his gospel that the “Word was made flesh” he chooses a word the resembles something more like “tented,” “tabernacled,” set up a temporary dwelling.  The Word was made flesh and camped out among us.  But, when Jesus talks about the relationship he’s offering with his disciples it has a more long-term, if not permanent ring.  Make your home with me. END_OF_DOCUMENT_TOKEN_TO_BE_REPLACED 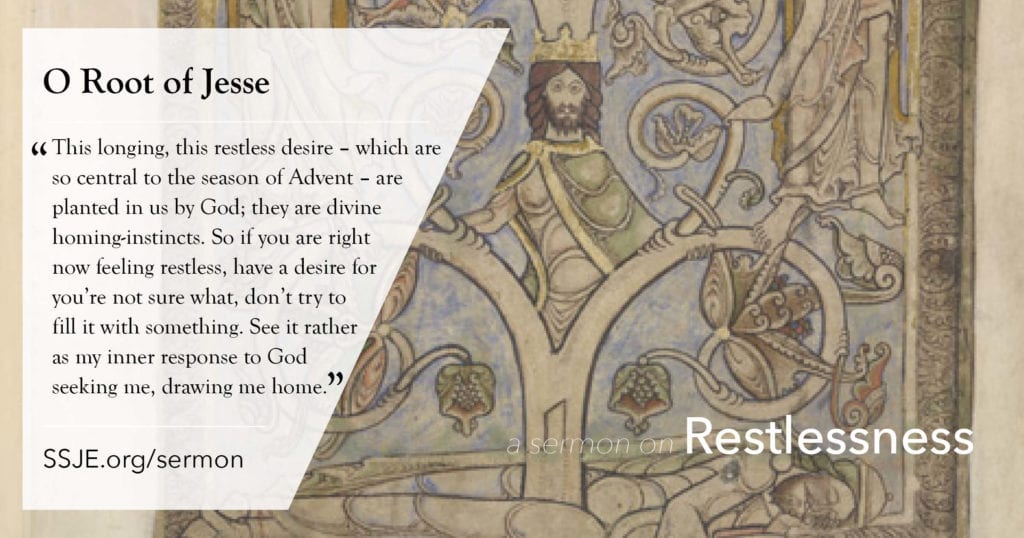 Well, the long genealogical list at the beginning of Matthew is pretty dreary – but the image of a tree, a family tree, is much more appealing to the imagination.  And that was certainly true for the medieval imagination.  So over the centuries, artists have created some of the most beautiful and imaginative trees to teach and to celebrate Jesus’ genealogical identity.  They are called Jesse Trees.  We see them in stained glass windows.  (The oldest piece of stained glass in England is the Jesse Tree at York Minster.)  We see them in stone casings (like the wonderful Jesse Tree greeting pilgrims at the entrance to the cathedral of St. James Santiago de Compostela.)  And we see them in illuminated manuscripts, such as the one you have before you.  It is taken from the famous Winchester Psalter from the 12th century. END_OF_DOCUMENT_TOKEN_TO_BE_REPLACED