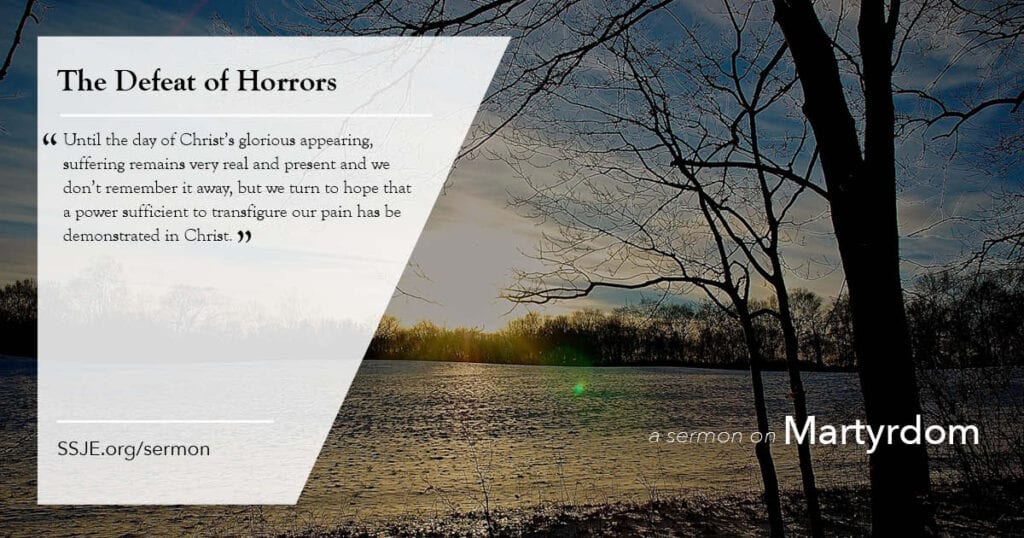 Martyrs of the 20th and 21st Centuries

As recently as 2015, the extremist group ISIS produced a video to terrify the world.  Dressed and hooded in black, the militants marched a group of 21 Coptic Christians dressed in orange, prison-style jumpsuits along a beach in Libya.  The horrifying scene concluded with the cruel beheading of all 21 Christians.  It shocked and horrified the world to see such a brazen act of violence not only perpetrated but promulgated to a global audience.  One of the men was from either Ghana or Chad, the other 20 who had been kidnapped were poor immigrants from rural Egypt who were willing to risk the instability of Libya to escape the poverty and religious persecution of their homeland.

Such are the martyrs we remember today.  It was a gruesome event and without the anesthetizing gloss of centuries it stands out like a raw wound on the Body of Christ in our own time.  We remember these martyrs and others of the recent century.  3 million Armenian Christians martyred in genocide during the first world war.  A million Orthodox killed by the Soviet regime in the 1920’s and 30’s.  Countless other hidden martyrs vanish in parts of the world to which the western media is indifferent or blocked.  Among groups who track the numbers of Christian martyrs in the world there seems to be agreement that there have been more Christians killed for their faith in the second millennium of Christianity than the first.  These horrors are not history, they are news.

Why remember such horrors?  The memory is fresh, it almost seems unnecessary.  Remembering in order to prevent horrors of martyrdom hardly seems to be working either.  Remembering so as to seek out a violent death like theirs would be pathological. END_OF_DOCUMENT_TOKEN_TO_BE_REPLACED