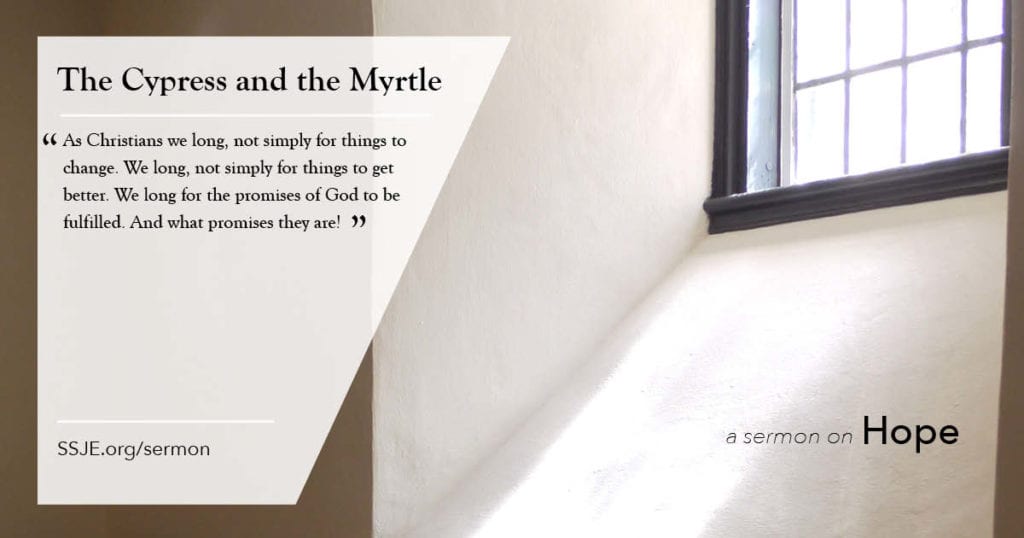 The Sixth Sunday after Pentecost, Proper 10, Year A

My father was never much for television. Except for the nightly news, and the occasional serial drama like Upstairs, Downstairs, I don’t remember him watching TV in the evening. He and Mum would sit in their chairs reading, either a book or the newspaper, while we kids watched whatever it was we watched, splayed out on the living room floor.

What I do remember is how quickly he would get up and turn the TV off, the instant something came on that he did not think suitable for children. This was especially true if something about the Second World War came on. In a flash he would be up, out of his chair, and across the living room, to turn the TV off and say, by way of explanation, too tough for kids. I never knew what he was talking about, until as a teenager, I began to learn about the Holocaust.

I sometimes imagine the world today as a television show, and in my minds eye, I see my father getting up, and turning the TV off, saying, as he does, too tough to watch. END_OF_DOCUMENT_TOKEN_TO_BE_REPLACED