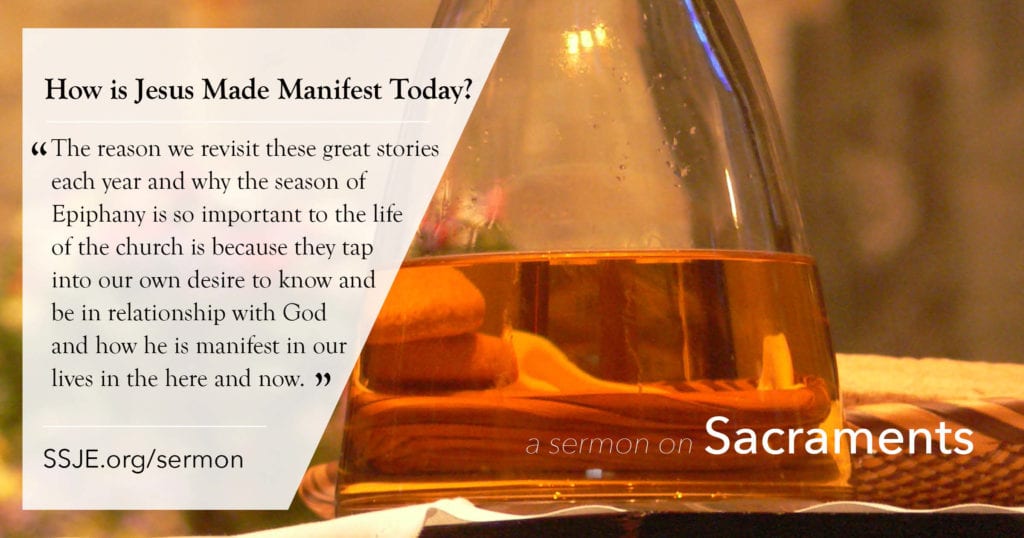 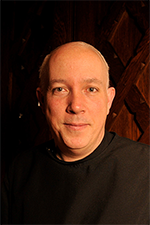 We are now two weeks into a season of the church called Epiphany.  Having grown up in a different Christian tradition, I admit that the meaning of this period of the church year alluded me for quite some time.  When I first came to the Episcopal Church, I had never heard of Epiphany.  Like being a postulant and novice in a monastery, becoming acclimated to the richness of a new tradition can take some time.  We learn by entering into the life slowly, absorbing little by little all that tradition has to teach us.  There usually comes a moment when the nature and purpose of a particular practice will become apparent and make us exclaim: “Eureka!  I got it!”  While an epiphany seems like a sudden and random event, the truth is epiphanies happen after a significant period of time when a final tidbit of information gathered brings something into focus.  While the ‘Eureka effect,’ (the sudden elation one experiences when having an epiphany) makes this event appear to be random, in actuality it is the end of a long process.  Epiphany (from the Greek) literally means manifestation.

END_OF_DOCUMENT_TOKEN_TO_BE_REPLACED

“…There was a wedding in Cana of Galilee, and the mother of Jesus was there.  Jesus and his disciples had also been invited to the wedding…”John 2:1-11

We have this wonderful wedding celebration today, but who would have expected this in light of from where they have come?  I’m talking about our Gospel lesson we’ve just heard from the Gospel of John, chapter 2: the wedding at Cana of Galilee.  Just preceding this story, in John 1, Jesus has called his first four disciples: Andrew, Simon Peter, Philip, and Nathanael.[i]  They were fishermen from Galilee, not scholars.  We don’t even know if they were literate.  We have no sense they were well-traveled, other than knowing about the Sea of Galilee, which is actually a very large lake.  So we would have every reason to think that Jesus would begin with these first four disciples by teaching them about Jewish law, or the psalms, or the prophesies predicting the coming of the Messiah. He might have taught them about healing.  Jesus might have schooled them about political and religious power: about the Roman occupying forces or about the divisions and competing political rivalries within Judaism among the Pharisees, the Sadducees, the Scribes, the Zealots, and the Essenes.  He might have started with his disciples by teaching them how to pray.  Clearly, they have a lot to learn.  He might have found for them a place to live, a home base.  But how does Jesus begin the formation of his first four disciples?  Not in a classroom. Where does Jesus begin?  He takes them to a party, to a wedding feast. END_OF_DOCUMENT_TOKEN_TO_BE_REPLACED

The Second Sunday after the Epiphany, Year C

Several years ago I found myself in Cana of Galilee. I was there with a group of pilgrims from St. George’s College. We weren’t there for a wedding, but we did go to the church where the wedding of Cana is remembered. I must confess, I wasn’t impressed. The town doesn’t have much to commend itself, at least not the part I saw. The church isn’t all that old, just over 100 years, but it is reputedly built on a fourth century church which is built on a first century synagogue. In spite of modern day Cana, and my not being very impressed with it, it is easy to imagine Jesus, together with his mother Mary and his disciples there in the village for the wedding. Cana isn’t far from Nazareth, in fact it’s just on the other side of the hill about 9 miles from where Nazareth is located. I am sure that Jesus must have known Cana well. In fact as a young boy out exploring it would have been easy to walk back and forth between to the two villages. He would have been known in Cana, and probably related to some of the people who lived there. So it is not at all hard to imagine him being invited to this particular wedding. The bride or groom, or both, could very well have been a friend, a cousin or certainly an acquaintance. END_OF_DOCUMENT_TOKEN_TO_BE_REPLACED

Here is this morning’s Sermon.  I realized when I was scheduled to preach today that it had been some time since one of us had explained why we observe some Commemorations.  I was given support in doing this for today.  I read over the Gospel lesson several  times and it seemed to develop by itself.

For many years, perhaps from the very beginning, it has been our custom in the SSJE to designate open Saturdays as Commemorations of the Blessed Virgin Mary.  Currently this is done in Ordinary Time, after the Feast of Pentecost until just before Advent.

This Commemoration reminds us both of the role of Mary as God-Bearer, Mother of our Lord Jesus Christ, and of her role within the Communion of Saints as Intercessor. END_OF_DOCUMENT_TOKEN_TO_BE_REPLACED