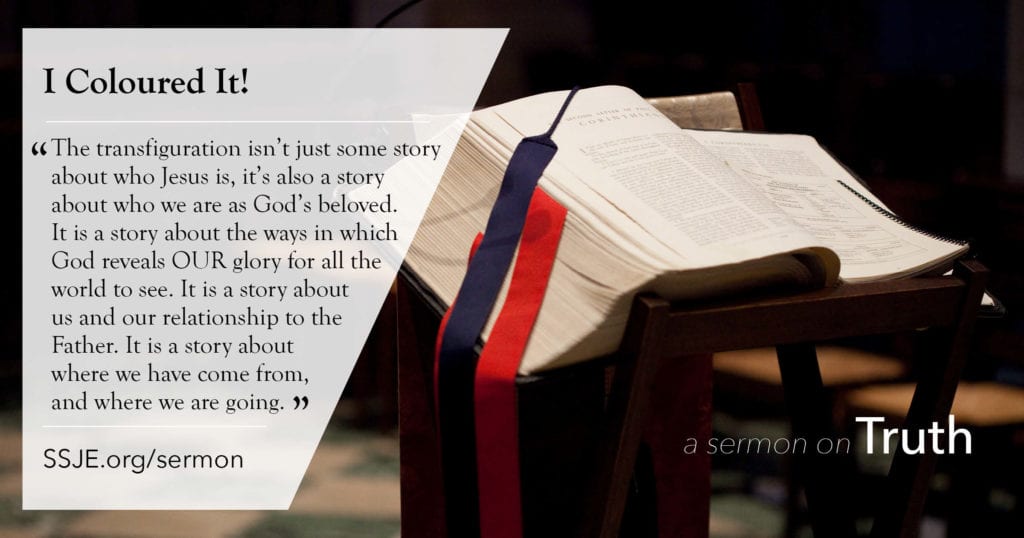 One doesn’t hear this often these days, but like some of you, I grew up in the church. Indeed, like a few of you, I grew up as an Anglican. When Sunday rolled around in our household, there was never any question about what we would be doing when we got up, or what clothes we should put on, it was simply part of our routine. The Koester family got up, put on our church clothes, and went to church. As kids, this meant that we weren’t available to play with our friends on Sunday, until after lunch. At times, such a routine was a great imposition on our social life, but we also knew that the only way to get out of church was to be sick, but all that meant is that Mum or Dad stayed behind with you, and everyone else headed out the door. Not even our ploys to break free of the routine were worth trying very often. Even as sick (and especially if it was only one of those mysterious childhood illnesses, which lasted only as long as Church did) we had to stay in bed all day. Even church wasn’t as boring as being forced to stay in bed, when bed was in fact the last place you really wanted to be.

Such a childhood had a great many advantages, but it has meant that, unlike some others of you here, I never made a conscience decision to be an Anglican, much less a Christian: that’s just the way things worked out. At times, I have missed what sounds to have been an important moment in a life as the decision is made as an adult, to become an Anglican or accept the truth of Christianity. At times I have missed that opportunity to make a mature adult decision, because every once in a while I think that my faith hasn’t progressed much past the stage it was in when I sat at those little tables in Sunday school colouring various Bible stories.

This past week I’ve been re-reading the extraordinary novel by Charles Dickens’ entitled A Tale of Two Cities. You may remember that Dickens begins this great epic of war and revolution in Europe by speaking about the irony and paradoxes of that time in history. And yet the irony and paradoxes about which Dickens’ speaks rather ring true to me about our own time. END_OF_DOCUMENT_TOKEN_TO_BE_REPLACED

Now about eight days after these sayings Jesus took with him Peter and John and James, and went up on the mountain to pray.  And while he was praying, the appearance of his face changed, and his clothes became dazzling white.  Suddenly they saw two men, Moses and Elijah, talking to him. END_OF_DOCUMENT_TOKEN_TO_BE_REPLACED

This past week I’ve been re-reading the extraordinary novel by Charles Dickens’ entitled, A Tale of Two Cities. You may remember that Dickens begins this great epic of war and revolution in Europe by speaking about the irony and paradoxes of that time in history. END_OF_DOCUMENT_TOKEN_TO_BE_REPLACED

Posted in Sermon and tagged Luke 9:28-36
5 Comments
Scroll To Top