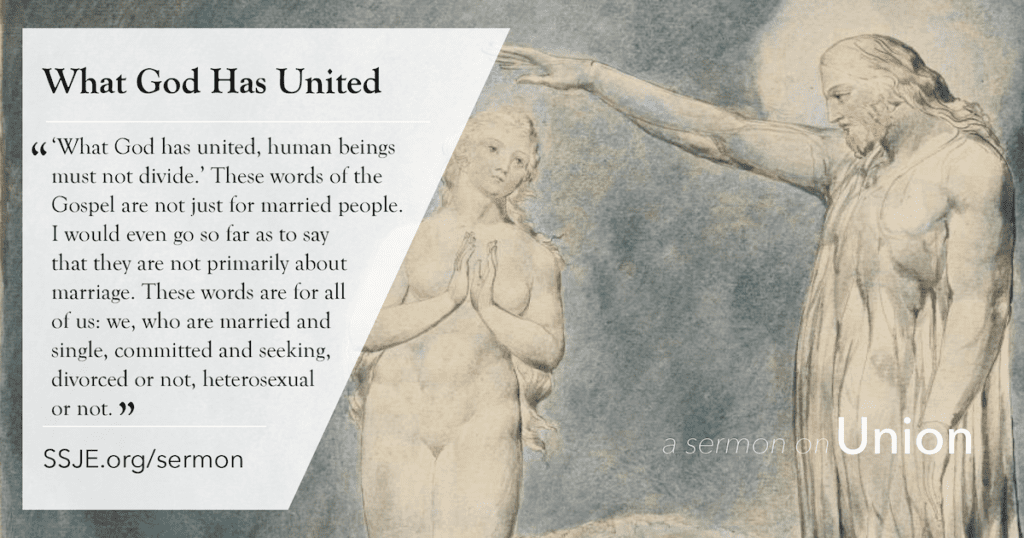 In her masterful study of the book Genesis, Jewish scholar Avivah Zornberg notes that this is the first statement uttered by God in the creation narrative that does not immediately bring something into being. It is a brief soliloquy, an aside, a window into God’s thoughts. God does not act upon this thought directly. He creates the animals, and brings them to Adam to receive names. Among them, “there was not found a helper as his partner.” In his commentary on this text, the medieval rabbi Rashi proposes that God knew this would happen. He imagines Adam, the Human,as the one who seeks yet does not find, as God presents the animals to him already in pairs. At the conscious, painful realization of his human aloneness, sleep overwhelms him. Like God, Adam has been great in this aloneness. He has stood vertically, upright, among all the animals who creep, slither, and swarm horizontally upon the earth. But in greatness, aloneness, verticality, he has known no equivalent Other. For this to happen, Zornberg writes, Adam “must, in a sense, diminish himself” and “come to know the rightness of a more complex form of unity.”[ii] He falls, horizontally upon the earth, as if under divine anesthesia. Eve comes into being. END_OF_DOCUMENT_TOKEN_TO_BE_REPLACED

The Gospels mention the Kingdom of God over 200 times. And Jesus has much to say about it. It will come with power. It is like a treasure hidden in a field. Like a pearl of great price. Like a net catching fish of every kind. Things both new and old will be brought out of its treasury. [Matthew 13:44-52] Today we hear that the Kingdom of God is to be received; that is, the Kingdom is a gift to be received as a little child might receive a gift. The Kingdom belongs to little children, it’s a gift given to children. We may enter as a little child. In innocence, perhaps, with a sense of wonder? END_OF_DOCUMENT_TOKEN_TO_BE_REPLACED