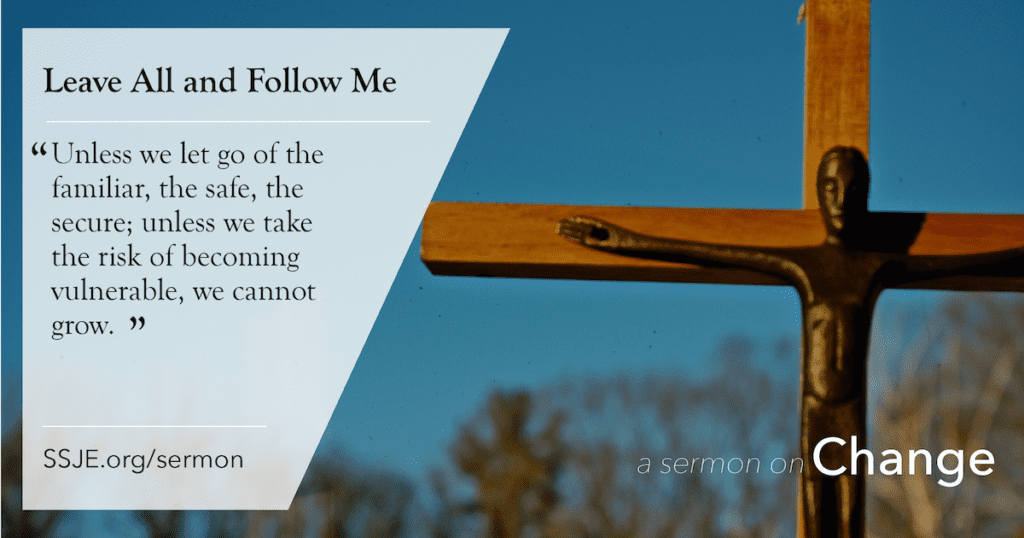 In my thoughts and prayers right now are our Brothers David, Jonathan and Nicholas and the 39 pilgrims who are with them in the Holy Land.  On Monday they will be by the Sea of Galilee, which for me is one of the most beautiful places in the world.  The Sea of Galilee has a particular power and spirit because it was there and in the surrounding region that Jesus first called his disciples to follow him.  It is the cradle of Christian vocation.

“He saw Simon and Andrew casting a net into the sea, for they were fishermen.  And Jesus said, ‘Follow me.’  Immediately they left their nets and followed him.”

He saw James and John who were in their boat mending the nets.  He called them and the left their father Zebedee and followed him.

He called the rich young man and said, “Sell everything that you haveand follow me.”

He saw a tax collector called Levi and said to him, “Follow me.” And he got up, left everything, and followed him. END_OF_DOCUMENT_TOKEN_TO_BE_REPLACED

The Brothers are just finishing the first stage of an experiment—an experiment in bio-diversity. In the natural world strong ecological systems thrive on a multiplicity of organisms living together, all interdependent and each contributing its unique properties to the vitality of the whole. A similar principle is at work in ecosystems of people: communities thrive on the particular gifts and attributes of a diversity of peoples.

Last September we launched a new initiative here at the Monastery and at Emery House: a Monastic Internship Program—a kind of experiment in monastic bio-diversity. And this Thursday is the last day of this nine month program. END_OF_DOCUMENT_TOKEN_TO_BE_REPLACED