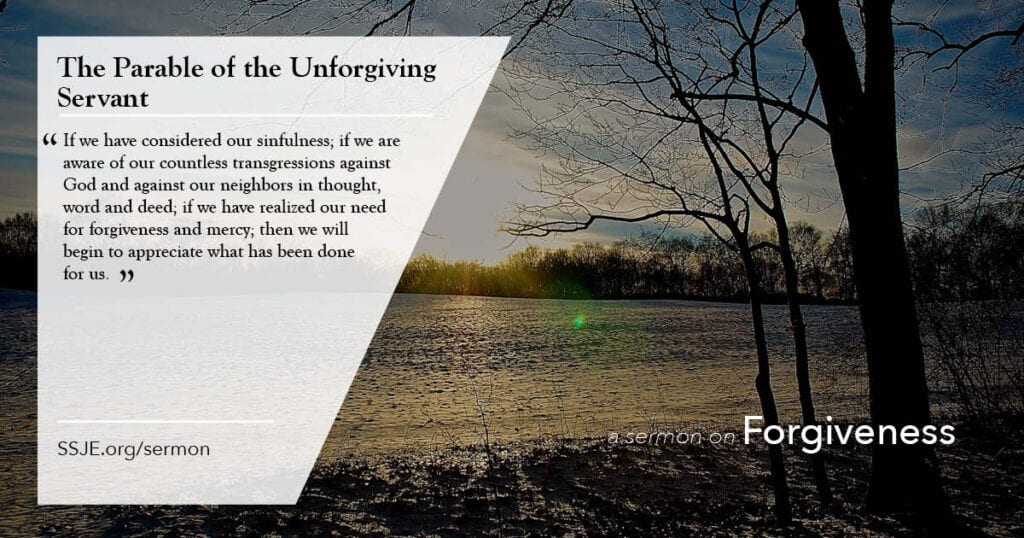 Poet and author Elizabeth Barrett Browning is probably best known for the words she wrote in a letter to her future husband: “How do I love thee?  Let me count the ways.”  Her father, Edward, was a controlling man who forbid any of his twelve children to marry, and when Elizabeth defied her father’s wishes to marry Robert Browning, her father never spoke to her again.

Elizabeth wrote weekly letters to her father in the hope that they might be reconciled, but for ten years there was no response.  Then one day, after a decade of silence, a box arrived in the mail from her father.  Her excitement quickly turned to anguish, however, when she opened it and found that it contained all of her letters – unopened.  Edward Barrett’s heart was so hardened towards his daughter that he didn’t open a single one of the hundreds of letters she wrote to him. 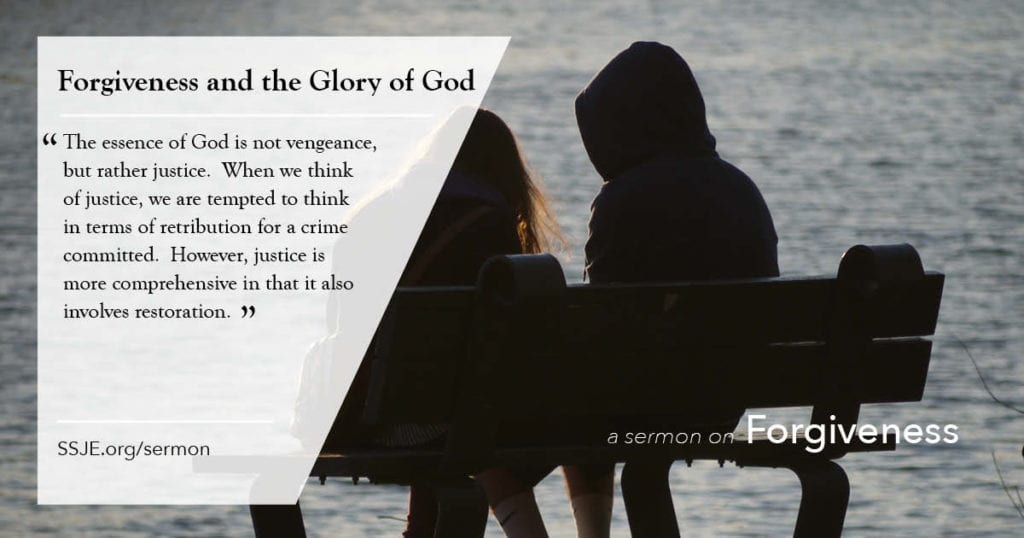 Lectionary Year and Proper: The Fifteenth Sunday after Pentecost, Proper 24, Year A

In today’s gospel lesson we hear what I experience as the most challenging of Jesus’ teachings: the admonition to forgive.  Not only to forgive just one transgression, but to forgive them all.  There may be a few of you who disagree with me thinking surely the most difficult teaching would be to love your enemies.  That would be fair.  Loving someone who wishes you harm and forgiving someone who has harmed you, especially harm that is irreversible, certainly burn with similar intensity.  We could agree that they are akin to one another, with varying degrees of intention and action being contrasting pieces of the puzzle.  Regardless of this quagmire, Jesus’ answer to Peter’s question ‘how often should I forgive,’ is that forgiveness is never discretionary.  Rather, forgiveness is Divine directive.

Jesus illustrates his point with a parable in which a king wishes to settle his accounts.  One of his servants who owes him ten thousand talents is unable to repay.  Begging the King for patience he promises that given some time, he will be able to pay in full.  Surprisingly, the king has pity and not only reneges on his order to sell the servant and his family, but pronounces his debts forgiven.  Completely.  I admit I do not know much about ancient currency, but ten thousand of anything sounds like no small amount.  I imagine it would be like having your mortgage forgiven when still owing over half with interest.  What would your reaction be if this happened to you?  I know that I would be incredibly thankful and filled with a sense of awe at the grace shown to me. END_OF_DOCUMENT_TOKEN_TO_BE_REPLACED 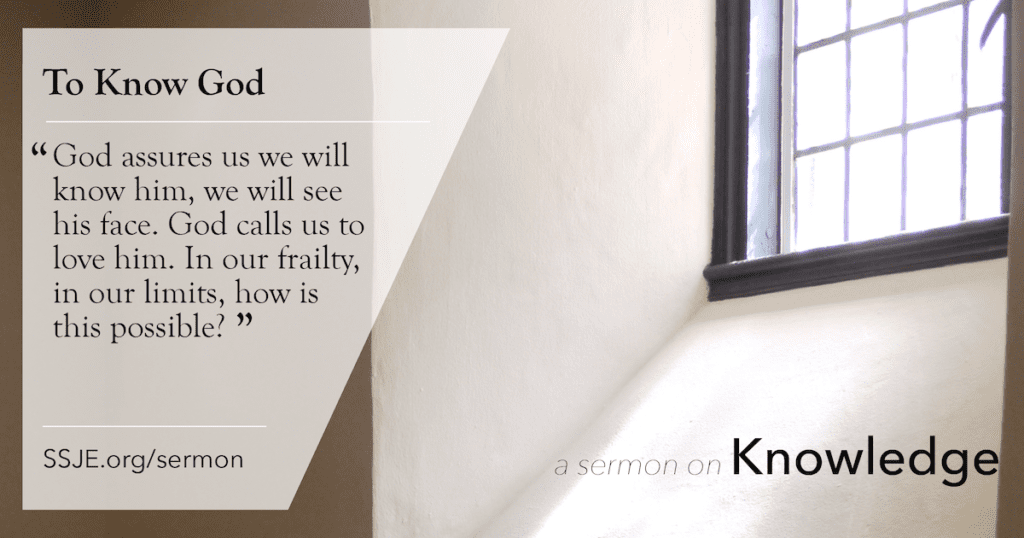 To know something is, in our imagination, an intellectual endeavor. To know something is to study it, to ascertain its dimensions, to come to conclusions about it, to test those conclusions, always refining your conclusions based on that testing, and to be able to articulate what you’ve learned to another. This is a valuable and useful approach, and it’s consistent with the general standard of knowledge that Western culture has adopted in the modern era.

But I find it lacks. I find it unsatisfying. It, perhaps, can sate my intellect, but I find that that’s not enough. As much as I’d sometimes like to be, I’m not merely an intellect. And as I learn to have less fealty to my intellect and more loyalty to my full humanity, I increasingly find this approach to knowledge to be somewhat sterile. Helpful, useful, yes, of course. But after this meal of the intellect, I often walk away feeling undernourished.

It is reassuring to find, then, that this is an incomplete understanding of the idea of knowledge in Christianity. St. Ephrem, a fourth century Syrian deacon and hymn writer, put forth the idea that there were three ways to attempt to know something.1 The first, the crudest, the most rudimentary, is a pursuit of knowledge that seeks to dominate the subject that is to be known. This is knowledge merely as a means to an end. There is nothing inherently wrong with coming to know something purely in service of some other goal, but it is no full depiction of Christian knowledge END_OF_DOCUMENT_TOKEN_TO_BE_REPLACED

In his recent excellent treatise on contemplative prayer, BECOMING CHIRST, Brian C. Taylor gives this description of redemptive living Jesus frequently referred to as the Kingdom of God or the Kingdom of Heaven. END_OF_DOCUMENT_TOKEN_TO_BE_REPLACED