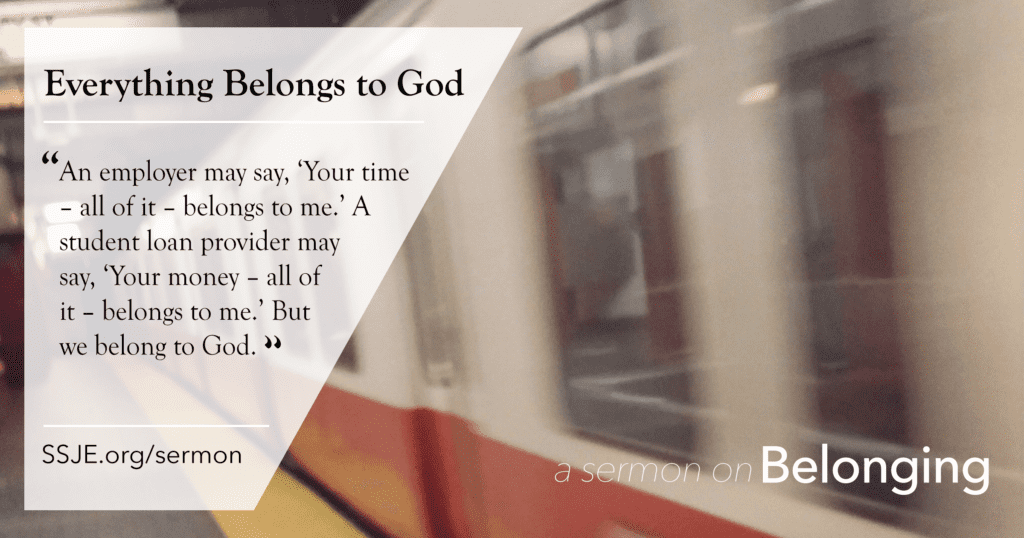 We sing to God:

And God sings to us:

The coin in question, a silver denarius, probably showed the head of the reigning emperor, and the tail, an inscription that identified him as “Tiberius Caesar, Son of the Divine Augustus, Pontifex Maximus,” that is, as high priest of the pagan Roman religion. (1) Jesus here is navigating around trap set for him by the Herodians and the Pharisees. (2) Jesus evades being drawn into a legal question, whether the Roman occupiers had a right to tax the people whose God owned the land.  Jesus rather exposes the hypocrisy in the very question, since the taxation in question could only be paid in Roman coinage. The Herodians lose their entrapment because the Herodians want to retain the status quo – to keep the descendants of Herod on the throne and retain their own political favor – and so they’re certainly not going to buck the Roman taxation system.  On the other hand, the Pharisees would know the commandment that prohibits “graven images” of any kind.  They already have the likes of graven images in their own purses with these coins – so the problem is theirs, not Jesus’.  When Jesus replies, “give to the emperor the things that are the emperor’s” he’s as much as saying to the Pharisees and Herodians, “you figure it out what belongs to the emperor.  You’re the ones who are holding the coins.” END_OF_DOCUMENT_TOKEN_TO_BE_REPLACED

Several weeks ago when I was traveling, a friend strongly endorsed Same Kind of Different As Me by Ron Hall and Denver Moore and put a copy in my hand.  It is the story of the highly unlikely friendship of a modern day slave and an international art dealer and the woman who bound them together.  They met because Ron Hall and his wife Deborah volunteered at the Union Gospel Mission, a shelter for the homeless in Ft. Worth. END_OF_DOCUMENT_TOKEN_TO_BE_REPLACED