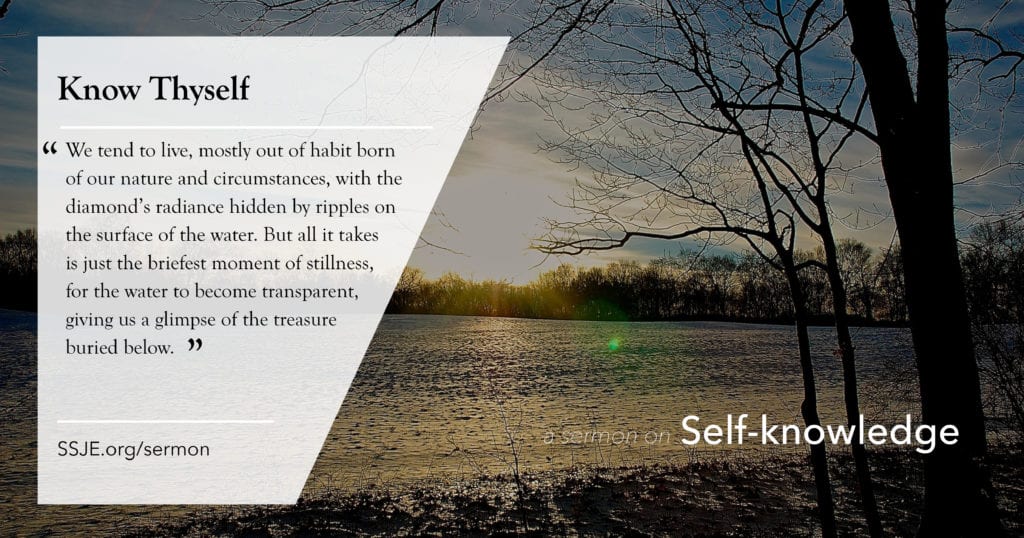 The sixth Temple of Apollo, the Greek god of the sun, was rebuilt at Delphi in 320BC. Inscribed into the temple were the words “Know Thyself,” a popular pearl of wisdom, both then and now, attributed to a host of Greek sages from Pythagoras to Socrates, but whose origin has probably been lost forever. To “know thyself” has a variety of possible meanings, including as a warning against hubris or as a call to control one’s emotional life. But, the most compelling sense of that phrase, especially in light of the Gospel, is knowing who we are in the truest sense, the kind of knowing present in the depths of our heart. It’s this kind of knowing that allows us to claim our inner spiritual wisdom and authority.

In contrast to such inner authority, the scribes and the Pharisees of Jesus’ day held religious and spiritual authority for the Jewish people. Jesus said they sat on the seat of Moses, possibly referring to an actual seat they taught from in synagogue, but certainly, metaphorically referring to their role in maintaining and passing on the tradition of Moses, particularly as expressed in religious law.

Jesus also said to follow the scribes and Pharisees teachings, but not do as they do, because they did not themselves practice what they taught. I suppose that’s not too surprising given how often Jesus accuses them of being hypocrites, both for their actions and words, even accusing those on the seat of Moses of hindering people on their way to entering God’s Kingdom. 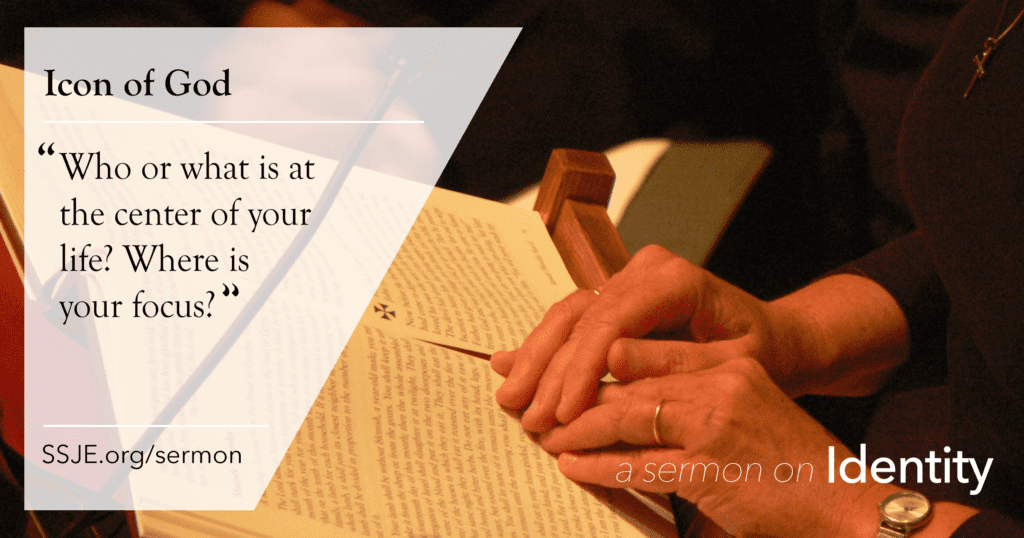 If someone were to come up to you and ask, “Do you consider yourself concentric or eccentric,” what would you say?  This question might take us a little by surprise and I somehow imagine most of us would reply, “Come again?”  I don’t imagine any of us would expect this question upon meeting someone for the first time or that we would see it on an eHarmony dating questionnaire.  We know that a person who is eccentric is someone who is perhaps a little unique or odd, someone who marches to the beat of a different drummer, and not necessarily in a way that we want to emulate.  I doubt any of my brothers would ever characterize me that way.  I’m completely normal in that aspect.  But am I concentric?  Merriam Webster defines concentric as:  having a common center or axis.  To be honest that definition does not really help me in identifying with any certitude if I am a concentric person.  Perhaps a better question would be: am I egocentric?  Most of us would probably not admit to being egocentric, although we all have an ego and personally, truth be told, my ego can on occasion get me into trouble!  Perhaps you can relate.  But could any of us really be defined as egocentric?   In our gospel lesson today, Jesus is teaching his disciples and the crowds surrounding them about relationship, especially in regards to centricity:  the center.  He is in effect asking them “Who or what is at the center of your life?  Where is your focus?” END_OF_DOCUMENT_TOKEN_TO_BE_REPLACED