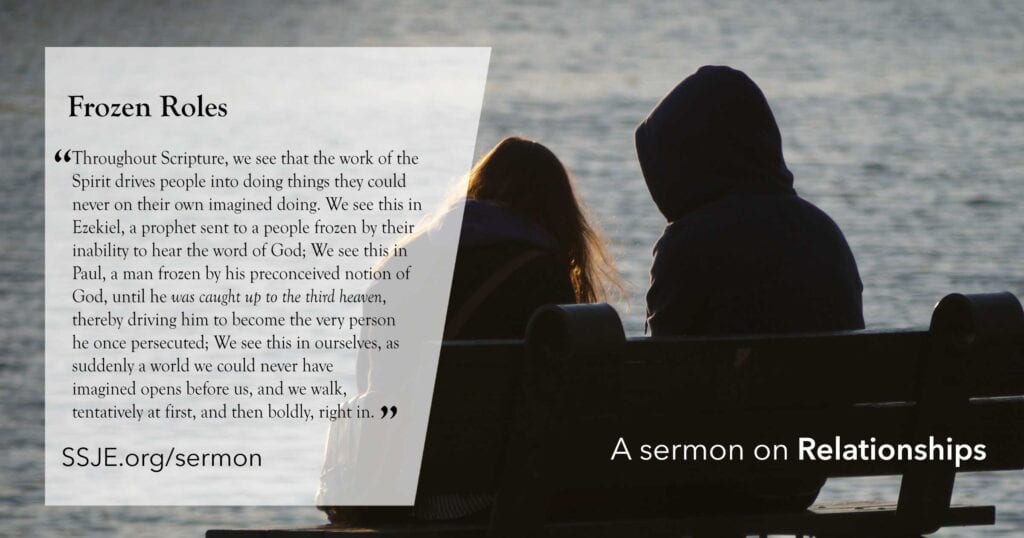 Over twenty years ago, we Brothers went through a period of renewal. We were stuck, and we knew it. It was difficult for us to make decisions. We were busy all the time, but it seemed, we were mostly busy spinning our wheels. We didn’t know which direction we wanted to go, and we weren’t even sure how, or who, would decide that. We were stuck, and we knew it. Luckily, we also knew that something needed to change. We weren’t sure what, but we knew we could not go on like that. And so, we asked around. What had other people and organizations done in similar situations? Eventually we were led to a woman named Jean. Jean walked into our life one day, and while there were countless times when we all wished she would walk right back out, she and we persisted, and we’ve never been the same.

Twenty years later, all of us who were here then, still speak of her. Brothers who were not here, certainly know of her. She is perhaps quoted, and referred to, only slightly less frequently than Father Benson. Ask some of us, and we all have our favourite Jean story.

One of the things that was eye opening for me, was the day Jean introduced us to the concept of frozen roles.

Jean’s point was that we often cannot see what another is doing, or saying, because we think we know what they will do, or say, even before they do, or say it. She always reacts this way. He always does that. I don’t need to bother listening, because I already know what they will say. We freeze people, and even ourselves, into certain patterns, and we don’t allow them to break out. END_OF_DOCUMENT_TOKEN_TO_BE_REPLACED