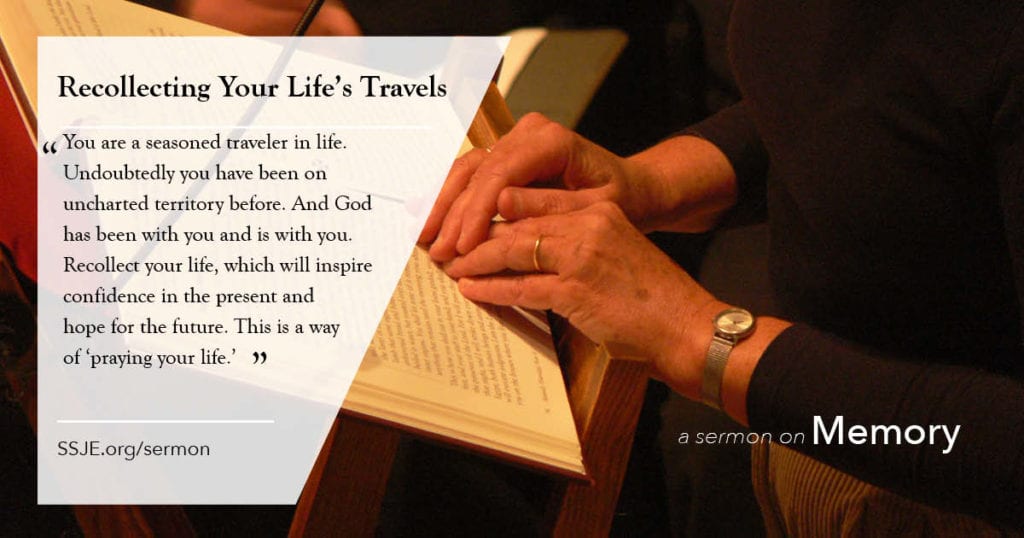 A second reason is that Saint Paul’s readers were an oppressed and persecuted minority. They needed the encouragement that their faith in Jesus was catching fire. If you are suffering, and there’s no immediate remedy for your suffering, the next best thing is to know you are not alone. So the story, this travelogue, is told for the sake of others’ encouragement. END_OF_DOCUMENT_TOKEN_TO_BE_REPLACED

We all know that a shift has taken place in the world, and we see it most clearly in last year’s election in this country and the BREXIT referendum in the UK. The shift appears to be away from a global, universal outlook to a more individual, nationalist one. Me First appears to be the watchword, and that has become true about nations as well as individuals. We see this in foreign as well as domestic policy, ranging from trade, to immigration, to security, to health, to education, to gun laws, to the environment, to civil and human rights. We see this as society becomes more stratified and neighbourhoods and communities more uniform. We are losing, or perhaps have lost, our concern for the other and appear to live in a culture that says that I can do whatever I want, and the other person, or neighbourhood, or nation, simply doesn’t matter. Some political commentators see evidence of this, not just at one end of the political spectrum, but at both ends. And some argue that this isn’t a recent phenomenon, but has its roots back several decades.

But this Me First attitude is in stark contrast to the kind of life we are trying to live as Christians, and as a Christian community. It is such a stark contrast, that I have spent some time pondering what it is that sets us apart from the world, and shapes our life as Christians in a fundamentally different way, so much so, that not only are we set apart from the world, sooner or later our values as Christians will set us in conflict with a world where a Me First attitude is king. And that, I think, is the key for us, at least for today: who or what is king over our lives? Who or what rules supreme in our lives? To whom or to what do we owe our ultimate allegiance? END_OF_DOCUMENT_TOKEN_TO_BE_REPLACED

I had to consult the Great Google to jog my memory, but I’ve actually visited the village of Nain, where the widow’s son was raised. Today it’s a non-descript Arab village in the Galilee, not far from Nazareth. I don’t think there’s a Christian community there anymore, but there is a small chapel built by the Crusaders, probably over the ruins of a Byzantine shrine.  If I remember correctly, a Muslim family are caretakers of the church and unlock the door for visitors.

Luke’s account of raising the widow’s son has similarities with the raising of Lazarus in John’s Gospel.  John calls the miracles of Jesus signs, signs pointing beyond themselves to something greater.  The miracles were great; but they point to something greater.  These raisings from the dead point to one of the two great mysteries of our faith: Resurrection.  We believe in Resurrection; that is, literally, “standing up again”.  The Resurrection of Jesus and the Resurrection of human beings. END_OF_DOCUMENT_TOKEN_TO_BE_REPLACED