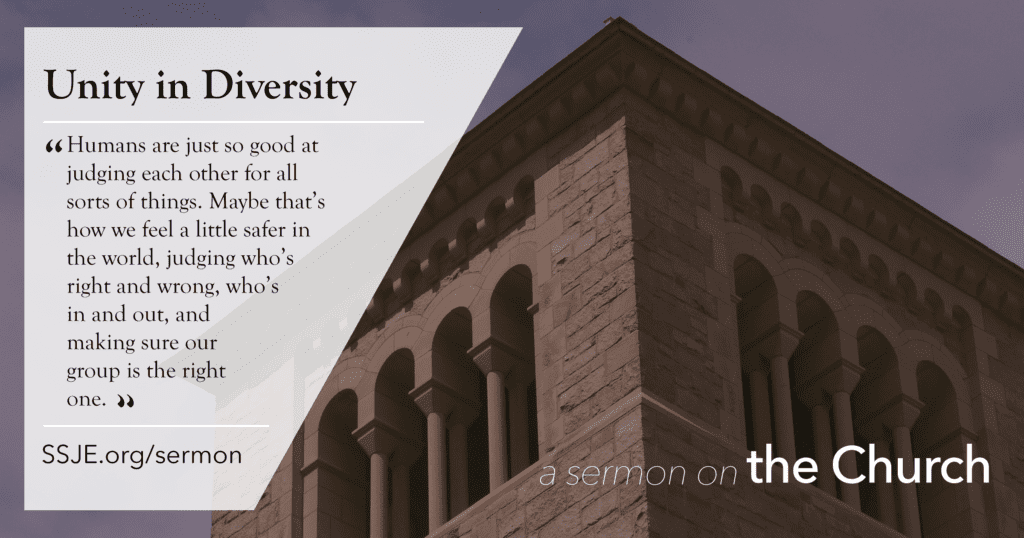 It may be tempting today, looking around at the multitude of different denominations and churches, with all their varied practices and beliefs to wistfully look back at the first century of Christianity as simpler times, when we were all at least a bit more unified. It’s in this sort of spirit that we have a yearly week of prayer for Christian unity helping to remind us of our common heritage as followers of Christ, although not all Christians observe the occasion. Of course, there will likely be differences among us for as long as there is an “us,” and there have been differences and divisions among Christians from the beginning, with the very idea of what it meant to be a Christian often not well agreed upon.

When Paul was writing his letter to the Romans in the middle of the first century there probably weren’t anyone even calling themselves “Christians.” Paul himself never uses the term “Christian,” instead he using general terms like “brothers and sisters,” “assembly,” “church,” “congregation” or “saints”. The church in Rome, like many of the churches Paul had contact with, would have been a community composed of people with a variety of religious, spiritual, and philosophical backgrounds, including both Gentile and Jew. END_OF_DOCUMENT_TOKEN_TO_BE_REPLACED