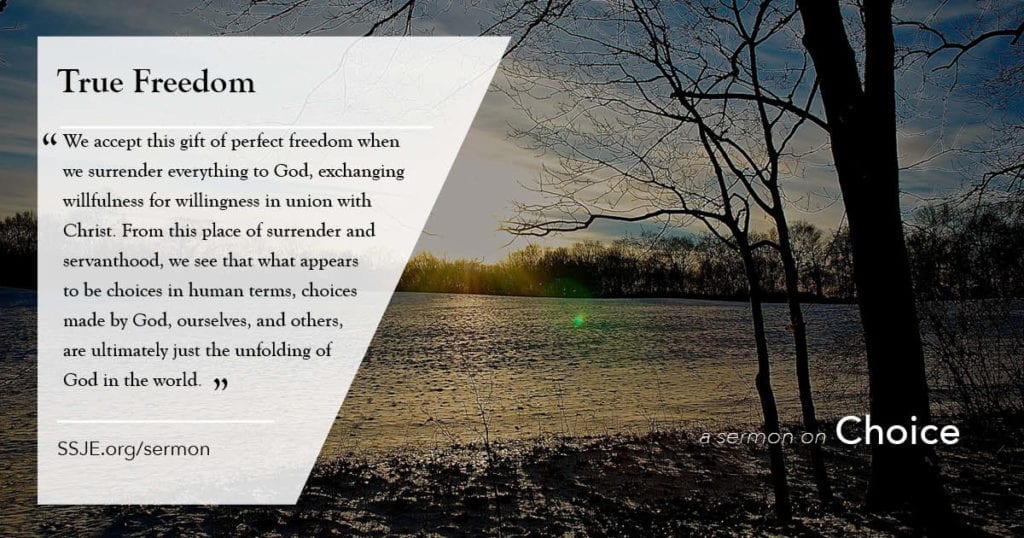 Although very rarely rising to the surface, profound anguish and anger hid within me for a very long time. I was once angry at the ones who tormented me as a child, causing such painful wounds. I was angry at God for allowing it to happen and not intervening. And I was angry at myself. Could I have made different choices? Maybe if I tried harder to be part of the “in” crowd. Maybe if Little Nick had acted more aggressive, or had worked out and took karate. It would be fair to say I was angry at choices made all around, choices the bullies made, choices God made, and choices I made. It didn’t even occur to me until much later that perhaps no one in this story had any choice at all.

Choice, and the freedom to choose, is fundamental to how we see ourselves in the world. We feel powerful when we have choices, and powerless when we have none. There’s an inherent human desire to be powerful, to feel we’re agents of change making choices that impact our lives and the lives of others.

However, whatever we might think of the plethora of choices we make, for good or for ill, we tend to forget an underlying assumption, namely that we really do have the ability to consciously make a decision. We’re assuming we have free will or personal agency, the ability to make decisions on the behalf of what we perceive to be our selves. On closer examination, though, it isn’t at all clear that we do.

Numerous studies in the field of neuroscience, for example, have  examined our decision-making process, with some surprising results. In a typical study, researchers measure activity in different areas of the brain while having subjects make various sorts of choices. They found that certain kinds of activity in the brain predicted the subject’s eventual decision, well before the subject was conscious of making a decision.

Perhaps, then, free will, in terms of a person consciously making a decision, is an illusion. Maybe what we call free will is simply the story we tell ourselves after the decision has been made. Some part of my brain begins the process of pushing a button, and then several seconds later my conscious self pushes it. In that scenario my conscious choice is only a story about my own sense of volition in the world, with the real choice happening below consciousness. END_OF_DOCUMENT_TOKEN_TO_BE_REPLACED

The Collect for today – the prayer with which we began this morning’s liturgy – makes a reference, as a metaphor, to the Temple in Jerusalem.  And it’s a shocking metaphor.  It should be shocking.  The prayer is “that we be made a holy temple.”  That’s a reference to the Temple, no longer in Jerusalem.  The Temple – its foundation and cornerstone – is being re-created and joined together within you: within your person, within your soul and body.  You embody the Temple.  Now that’s a stretch of the imagination.

In Jesus’ day, Jerusalem was a city built on a hill, as we read in the Psalms.[i]  Within the walls of Jerusalem, the Temple Mount sat on the highest place: a huge structure of massive stonework – nearly 500,000 square feet in area[ii] – with crenelated walls, stunning archways and gates, and architectural demarcations to keep everyone in the place to which they belonged.  Inside the great encompassing outer wall was the Court of the Gentiles, and then, further within, were walled sanctuaries of increasing separation. At the very center was the Tabernacle, the innermost sanctuary being the Holy of Holies. Within the Holy of Holies sat the Ark of the Covenant containing the Ten Commandments given by God to Moses on Mount Sinai.  Only the Chief Priest would access this most inner sanctuary.  END_OF_DOCUMENT_TOKEN_TO_BE_REPLACED