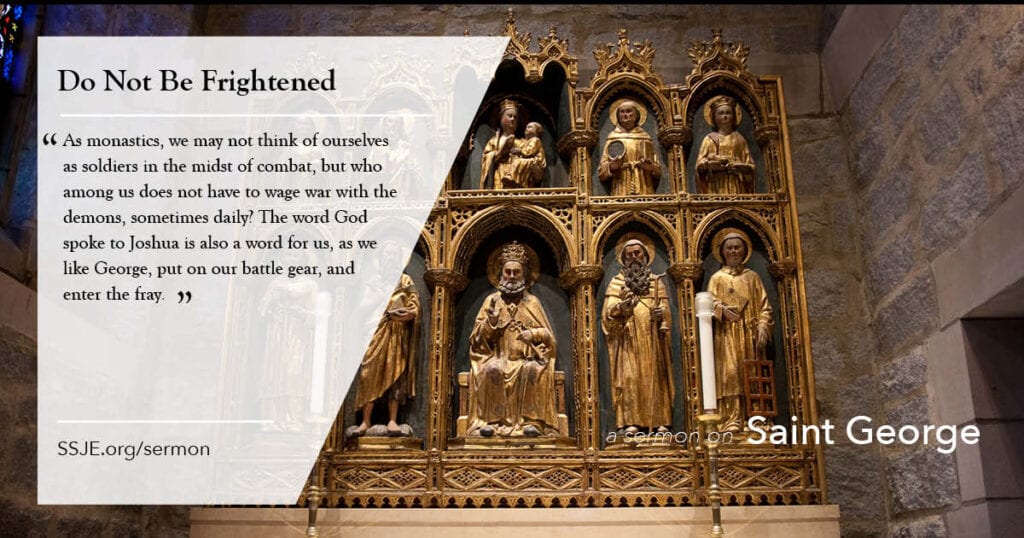 Preaching on the saints can be, at times, a real challenge. This is especially true with some of the early saints, including some of the apostles, about whom we know very little, and what we do know, is largely legend. Does the preacher simply stick to the texts, or do they focus on the legend? The problem with dismissing the legend out of hand is that many of the legends have within them shards of historical truth, and if they don’t, the legends are so archetypal, they still contain truth, and those archetypal legends have the power to shape and influence lives.

This is especially true of St. George, whom we remember today. What can be said about him, or at least about his feast historically, is that his feast was being kept as early as the mid fifth century. The legend of George and the dragon can’t be traced back earlier than the twelfth century. It is thought he died a martyr in the early years of the fourth century, during the persecution of Diocletian. He may have been a soldier, which gave rise to him being recognized as the patron saint of soldiers in twelfth century. As patron saint of soldiers, the Crusades were fought under his banner, which is how, ultimately, devotion to George was carried back to England, where in 1347 he was declared the patron saint. END_OF_DOCUMENT_TOKEN_TO_BE_REPLACED