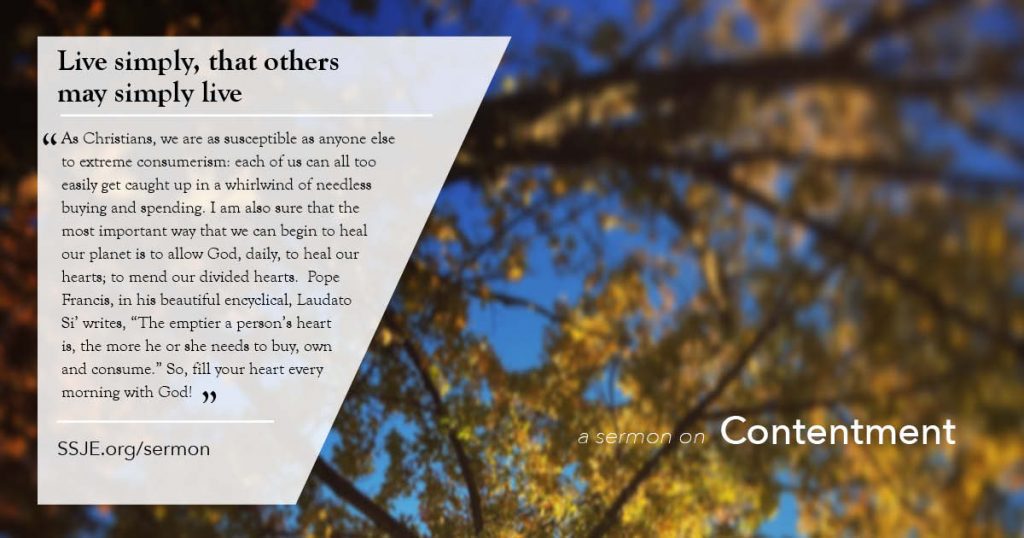 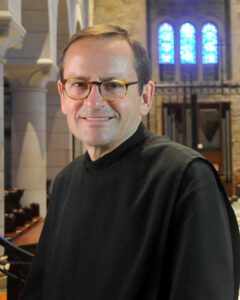 Today is the third week in this Season of Creation. During this week two pieces of Scripture have ‘grabbed’ me. They are by two very different prophets, and I’ve been praying with both passages. The first is our reading today from the prophet Amos. It’s harsh and fiery. He pronounces God’s judgment on the wealthy who, full of greed, oppress the poor, and who see the fruits of the earth simply as sources of illegal profit. “We will offer wheat for sale and practice deceit, with false balances.” As I prayed with it I had in my mind those terrible images of the violent rape of the Amazon rain forest, the wholesale destruction of the earth’s ‘lungs’, for profit.

But the other passage I have been praying with could not be more different. They are words from Amos’s fellow 8th century prophet, Micah. It is one of the most beautiful words of prophecy in all scripture. It is a vision of hope and healing. “In days to come, nation shall not lift sword against nation, neither shall they learn war any more. But they shall all sit under their own vines, and under their own fig tree, and no one shall make them afraid.” I love that image of complete contentment. As I prayed with these words I remembered that unforgettable day during the Fall, some five years ago when I was on retreat at Emery House. I was sitting in a simple wooden chair on the deck of the Zen hut, watching with utter joy and wonder, as the leaves of the trees gently fell, hour after hour. I knew something of Micah’s vision of peace and contentment. END_OF_DOCUMENT_TOKEN_TO_BE_REPLACED 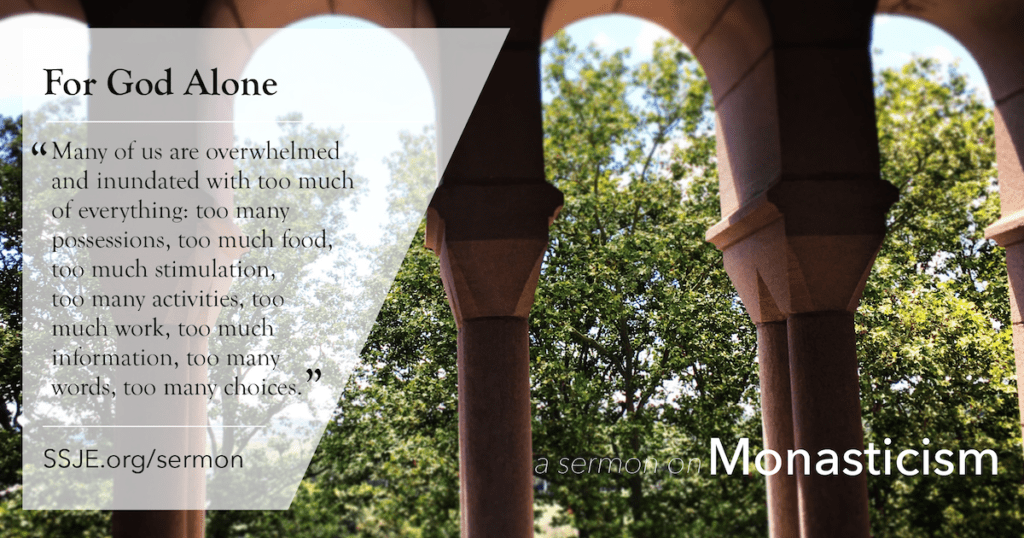 The Spirituality of the Cistercians
On the Feast of St Robert de Molesme (Cistercian monk, 1029-1111)

It’s not easy for us to imagine a group of 22 men, in the latter half of the 11thcentury, heading into a remote and thickly forested region of France to establish a new monastery.  With whatever tools they had brought with them, they began to clear the trees and bushes, and to build small individual huts out of branches.  They had little to eat, few possessions, and none of the comforts that we so routinely take for granted.  In addition to this, they set for themselves a rigorous daily schedule, based on the Rule of St Benedict: four hours of sleep in the night, followed by four hours of prayer, both private and communal.  A meager diet of roots and herbs.  Hard manual work during the day, off-set by more worship and periods of reading or study.

Like Abram and like the apostles in our readings tonight, they left everything– homes, families, possessions, livelihoods, friends, one could say even civilization itself – to give their lives (as completely as they knew how) to God.  Their leader was a 69 year-old man, Robert de Molesme, who had become a Benedictine monk at the tender age of 15.  Not long after having entering the monastery, he began to be recognized for his piety and sanctity, and at a comparably young age, was elected as its prior. END_OF_DOCUMENT_TOKEN_TO_BE_REPLACED

“Truly I tell you, whoever does not receive the kingdom of God as a little child will never enter it.”
– Jesus

Jesus called his disciples to become simpler like a child. Withdrawal from the often neurotic pressure of our materialistic society can be a response to that call. It can be an act of solidarity with the vast majority of humanity which lacks the range for choices we enjoy.

A simpler lifestyle can be a way to share with those who have less and a way of returning to them what is usurped by unjust social and economic structures. Assuming a stance of under-consumption can be provocative invitation to others into a conversation about affluence, poverty and social justice.