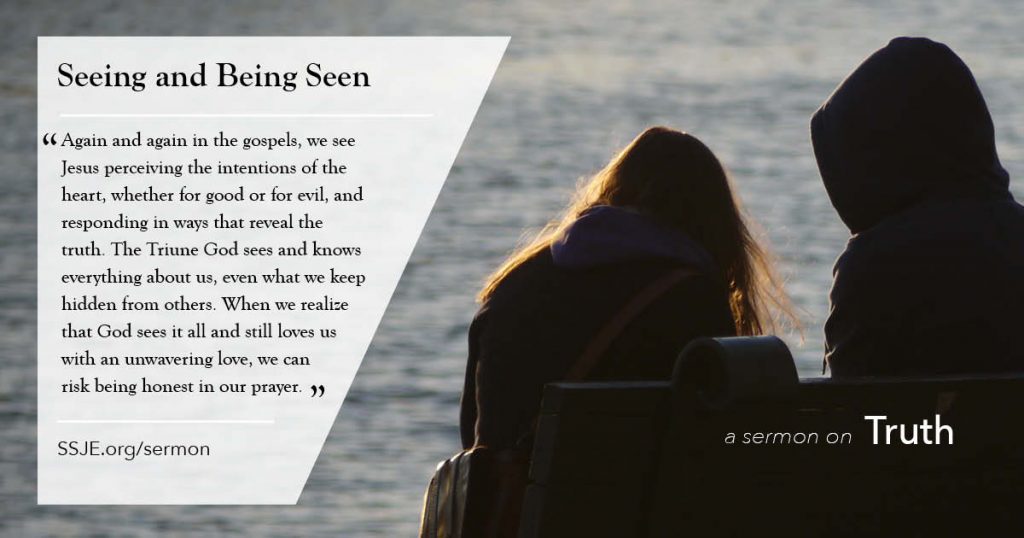 When I was a child, I learned a song about Zaccheus.  I won’t sing it for you, but the words went like this:

He climbed up in a sycamore tree, for the Lord he wanted to see…

The fascination of the story for children, of course, is that this small but important man clamored up a tree to get a better look at the popular preacher who had come to town.  He was curious and determined, and he didn’t let his small stature deter him from realizing his goal.

We can picture him running ahead of the crowd, climbing into a tree, and looking down the road as Jesus approached.  He hides himself among the leaves, wanting to see the prophet, but not expecting to be seen by him.  And yet this is exactly what happens.  Jesus stops the procession, looks up into the branches, and summons Zaccheus to come down.  He already knows who Zaccheus is – not only that he is a tax collector, but that he is a chief tax collector – but he also perceives that there is far more to this little man than what his title and role might suggest.  Perhaps he senses Zaccheus’ present dissatisfaction with his life, or perhaps he recognizes his hunger for God.  Whatever it is, he sees something and invites Zaccheus to a life-changing conversation. END_OF_DOCUMENT_TOKEN_TO_BE_REPLACED

If any of you were present at the Red Sox’ victory parade in Boston yesterday, you may have some sympathy for Zaccheus, the undersized tax collector who scrambled up a tree to catch a glimpse of a local celebrity as he passed by.  It was a bold move, one which would have invited the ridicule of others, but Zaccheus, I think, was used to the ridicule of others.  As a chief tax collector, Zaccheus was implicated in the corrupt and oppressive rule of the Romans over the Jews.  He was a man on the margins of society, despised by his fellow-Jews and used by the Romans.  But some strong desire – perhaps the fruit of his own unhappiness – compels him to look for Jesus, about whom he had undoubtedly heard so much. He climbs a tree to see Jesus, but is surprised when Jesus sees him, and invites him to come down and share a meal with him, an act of generosity that upsets the crowd.  “All that saw it began to grumble, and said, ‘he has gone to be the guest of one who is a sinner’” (vs.7).  The result of the meeting, however, is a dramatic conversion, in which Zaccheus promises to give half of his worldly goods to the poor, and to make restitution to all those whom he has cheated.