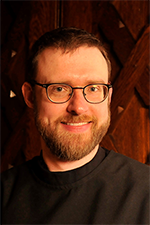 The Holy Name of Our Lord Jesus Christ

After the long months of a pregnancy and the exceedingly dangerous experience of childbirth in the ancient world, bestowing a name upon a child must have been a deeply cathartic action. Even today, in the midst of the profound uncertainty that faces every new life, the moment a child’s name is first spoken aloud in his or presence signifies a new beginning rich with specific potential. The act of circumcision that accompanied – and still accompanies – the naming of a Jewish male child reminded the parents of a larger reality holding their new child in being: the ancient covenant between God and Israel. It situated the child on an axis of meaning both horizontally, in relation to his ancestors and his eventual offspring, as well as vertically, as a frail human creature in relation to the Maker of Heaven and Earth. Under normal circumstances, this was also the child’s first major wounding: the first shedding of blood.

A Name and a Wound. A sign taken upon the lips and tongue, and a sign written upon the body. In any ordinary human life, these are gifts of inexhaustible significance. At the same time they are utterly common, shared by countless others. The Holy Name of Jesus and the first precious drops of Blood spilled from his human body have become fountainheads of meaning for the Church throughout the ages. But contrary to the impression we receive from so many Renaissance paintings, the inner significance of these events would have been entirely hidden to the casual observer. The cosmic task initiated by God through the angel Gabriel is now brought to faithful, obedient completion by Mary and Joseph. But though it was spoken by the lips of an angel, the name Yeshua was, after all, an incredibly common name. The act of circumcision enfolded him into the common life of the Jewish people. The eighth day after the nativity of this special child was a very special day in the life of his human parents. But it was an utterly ordinary day for everyone else.

George Herbert’s familiar poem “Prayer”(I) offers a lyrical definition of prayer by piling up one evocative phrase after another. The more one reads the poem, the more these phrases become like the many glistening facets of a single gem. Some are powerful: “Reversed Thunder.” Some are whimsical: “Church-bells beyond the stars heard.” But one phrase captures my attention every time: “Heaven in ordinary.” This, I think, is Herbert’s most distinctively Christian definition of prayer, and the phrase that best captures the inner meaning of today’s Feast.

Heaven in ordinary. The invisible, uncontainable God has been joined to material flesh in the Incarnation of Christ, initiating us into a new relationship with God, with the body and with all physical matter. In the same way, the God who revealed himself to Moses by the Unpronouncable Name “I AM who AM,” has consented to be known by a human name not only pronouncable but common in its own time and culture. And this divinely compassionate act of implanting and enfolding heaven in ordinary is, for the Christian, extraordinary. The name Jesus is now for us a two-syllable prayer with the power to bless, to heal, to save, and to bring us back into alignment with what matters most. If heart-felt confession of this Name were only the key to our heavenly salvation, that would be far more than enough. But there’s something even more extraordinary about this Name. We are told by the saints that the name Jesus – so brief, yet so beautiful – has the power to pacify and even to sanctify our most subtle thoughts – those invisible, interior words that form the building blocks of meaning. The name of one’s Beloved summons forth the entire character and quality intrinsic to that relationship in a single moment: every accumulated feeling of Love and moment of Life shared. Likewise, the Name of Jesus has the same pure potential for each of us who are his Lovers, and it can do so here and now. This is an ancient tradition in the Church, and is accessible as your next breath or next thought. I cannot count the number of times that the name “Jesus,” consciously called to heart or joined to my breathing, has literally changed everything. I cannot say precisely what changes in such moments other than this: I am given a taste of what the phrase “heaven in ordinary” can only suggest, because there is – even if for second – more of heaven in the midst of my own all too ordinary life.

The Holy Name of Jesus – which we remember, pronounce, sing, and celebrate today.